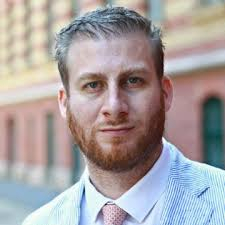 During the Korean War, five countries - Sweden, India, Denmark, Norway and Italy - provided medical support to the Republic of Korea. Meanwhile, some of the former Soviet bloc countries including Hungary, Romania, Bulgaria and Czechoslovakia, established hospitals in different provinces of North Korea. Hungary was the first among the Eastern European states to send its medical team to the battlefield. To cover the costs, a nationwide fundraising movement was launched, which yielded more than 5 million Hungarian forints. At that time, the average monthly salary was around 1,000 forints.

On July 20, 1950, the Hungarian medical team - including seven surgeons, five operating theatre assistants, one internist and one political leader - departed from the airport of Budapest, and the first shipment of medicine was dispatched two days later. The physicians arrived in Pyongyang on July 28 and were accommodated in the local Intourist Hotel. Their hospital was soon installed in a former school building in Chunghwa, on the outskirts south of the capital. The medical institute was able to accommodate approximately 500 patients, and the first 250 slightly injured people arrived on Aug. 10. Nevertheless, a high level cadre from the North Korean Ministry of Health suggested that the hospital should only receive severely injured patients, due to its well educated medical staff. According to an archive diplomatic report, something really meaningful happened on Aug. 16, the day the Hungarians were spontaneously visited by an unofficial delegation from the neighboring village. The visitors, who were local teachers, female and youth association representatives, expressed their gratitude to the foreign physicians and gave them three boxes of locally produced apples. However, only two weeks later a bombardment destroyed the whole Hungarian hospital in Chunghwa and three of the local Korean staff lost their lives. Hungarian newspapers stated that "a hospital" was bombed in North Korea, but not a single word was mentioned about the fact that the destroyed hospital was the workplace of the Hungarian medical team, showing the typical attitude of the media of that era. 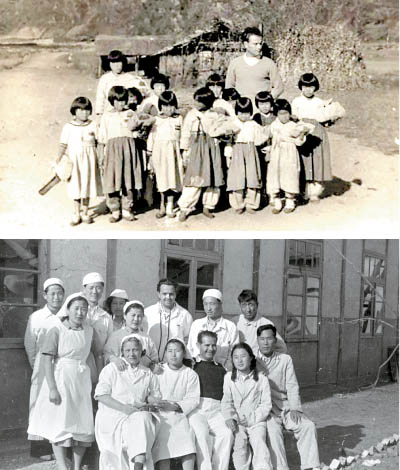 After the bombardment, the Hungarian medical team was transferred to Yangdok, 120 kilometers (75 miles) north of the capital. The new hospital was installed in a sanatorium of the North Korean Ministry of Interior, and, at first, the cooperation between the Hungarian team and the local cadre of physicians was not plain sailing. Regardless of all that, the Hungarians were really touched that many of their former patients from the destroyed hospital followed them to the new location. However, due to the motion of the frontline in October 1950, the Hungarian hospital was evacuated to Manpho city on the Northern border, and then to Changchun city in Manchuria. Previously, the city was the capital of Manchukuo, the Japanese puppet state (1932-1945); therefore, it was a rather modern and developed environment in contrast to the Korean battlefield. The Hungarian medical team was able to enjoy some international dishes in their local hotel, and the prices in the local department stores were surprisingly low, so they could buy various porcelain, leather and ivory goods. However, according to the reminiscences of one of the Hungarian physicians, everyday life in Manchuria was not free of dangers for the Europeans at that time. As stated by the physician, the local residents sometimes attacked and stabbed Europeans simply because they believed that they were Soviets. It is probable that the traditional Sino-Soviet rivalry already existed at that time, despite the so-called “fraternal friendship” between the communist empires. Therefore, the Chinese authorities ordered security officials to escort and guard the Hungarian physicians.

Meanwhile, in May 1951, the government of Romania also sent a medical team to North Korea, which included eight physicians and sixteen nurses. The Romanians established their hospital in a seaside village 20 kilometers away from Shinuiju. Back then, the Czechoslovakian and Bulgarian government also sent medical teams to North Korea, but the relations between the Eastern European hospitals remained superficial due to the great distance between their institutions. Finally, in June 1951, the Hungarian medical team moved back from Manchuria to North Korea. Their hospital was established in Mangyongdae, the birthplace of Kim Il Sung, on the outskirts of Pyongyang. At that time, Kim’s aunt was still living there, and she visited the Hungarian hospital at least once.

One of the most detailed descriptions of the period when the Hungarian hospital was located in Mangyongdae was given by plastic surgeon Dr. Janos Zoltan (1921-2011). He joined the Hungarian medical team in September 1951, and traveled to North Korea taking a Trans-Siberian train. From the Chinese-Korean border city of Dandong, the Hungarian plastic surgeon and his fellow travelers continued their trip by taking a truck which was sent by the Hungarian legation in Pyongyang. The truck crossed the Amnok (Yalu) river on a partially destroyed bridge on which wooden boards were installed between the intact pillars. However, Dr. Zoltan wrote in his reminiscences that there was another bridge, too, 10 kilometers northeast of Dandong. That bridge was built slightly below the surface of the water to be hidden from bombardments, and it was hard to discover even at low tide. According to Dr. Zoltan, he and his fellow companions traveled on the truck’s platform with pistols in their hands given to them by the Hungarian driver. They were told to indicate with a shot if they saw any military aircraft. When they did see one, the driver immediately stopped the truck, and everybody tried to find shelter.

The two central stone buildings of the Hungarian hospital in Mangyongdae, situated on a hilltop, were in good condition. The operating theatre, the intensive care unit, the X-ray unit and the lab were in the basement. The physicians also designated a separate space to be used as the safety operating theatre. They called it the “tiger’s cave,” since it was a room dug into the rock. Furthermore, in the spirit of decentralization, four additional temporary operating rooms were established in the neighboring villages. After their daily service, the physicians often swam in the Taedong River. The doctors on their days off made excursions to the neighboring mountains, where they had the opportunity to rest and sunbathe. According to another recollection, during an excursion the Hungarians discovered a Buddhist monastery high up the hills, which existed in total isolation, not at all affected by the Korean War.

Carbon monoxide in the tunnel

During wintertime, the Hungarian physicians were accommodated in local Korean farmhouses, with traditional ondol (floor heating) systems. In the case of those buildings, the kitchen was installed at the side of the house, and the smoke flowed through pipes under the floor of the rooms in order to generate heat inside. However, the aforementioned plastic surgeon Dr. Zoltan wrote in his reminiscences that on one occasion, carbon monoxide leaked through the floor and the Hungarians, who were sleeping in the rooms, suffered minor smoke inhalation. The patients had to rest for a whole day and drink a great amount of strong coffee to combat their headaches.

Dr. Zoltan wrote that the Hungarians got into one more dangerous situation because of carbon monoxide. A Hungarian paramedic had to escort a cargo train loaded with medical supplies for the hospital from the Chinese border to Pyongyang. At that time, trains only ran at night due to the air raids, and the chimneys of the steam locomotives were covered with wet sacks in order to avoid the formation of sparks that could have been visible from aircraft. During the daytime, all of the trains were parked in one of the seven tunnels between the border and the capital. However, when the train with the Hungarian medical supplies was in the tunnel, a large quantity of carbon monoxide was emitted, and dozens of Chinese soldiers and railway men collapsed. The Hungarian paramedic carried people outside, and started resuscitation efforts. Two weeks later, the Hungarian received a Chinese war medal, which, among others, allowed him to visit the cinemas free of charge in Beijing. It was very useful for him, because he had an official trip scheduled to Beijing, and he was surprised by the fact that a Hungary-related West German musical film was also showing in the cinemas. It was “The Csardas Princess,” starring Marika Rökk, a Hungarian-born musical legend who was popular with the Germans during the Nazi era. The Hungarian paramedic saw the movie three times to take full advantage of the opportunity.

During the Korean War, the Hungarian hospital was one of the most well-equipped medical institutions in North Korea. Therefore, not only the younger brother of Kim Il Sung, but various high-level officials, artists and intellectuals were also treated there. In October 1951, Foreign Minister Park Hon-yong made an on-site visit to the hospital, and a few days later, the North Korean artist ensemble gave a performance for the Hungarian physicians. The iconic leader of the ensemble was the legendary Korean dancer, Choi Seung-hee (1911-1969), who operated her dance academy in Beijing during the war. Her husband, the communist intellectual Ahn Mak (1910-?), was treated in the Hungarian hospital after he injured severely. The famous Korean poet, Yim Hwa (1908-1953), was also hospitalized there in the spring of 1952. It is interesting to mention that the reputation of the Hungarian hospital likely spread to the other side of the frontline. According to the reminiscences of the aforementioned plastic surgeon, Dr. Janos Zoltan, sometimes the Hungarian hospital was even visited by South Korean officers who crossed the frontline to have their injuries treated there.

The Hungarian physicians witnessed the internal turbulence of the North Korean regime directly, because the vast majority of their high-level visitors were purged sooner or later. In 1953, during the regime’s first large-scale show trial, which targeted the cadres who came from the southern part of the peninsula, Foreign Minister Park Hon-yong was purged, and the previously mentioned poet Yim Hwa, who also served as cultural minister, was executed. The Korean director of the Hungarian hospital, Ri Kang-guk (1906-1955), was also accused in the trial. Ri was an open-minded and intelligent man who studied in Berlin during the Japanese colonial rule, and was fluent in German. The Hungarians were perfectly satisfied with him, therefore the accusation, which claimed that Ri was an American spy, and the news about his execution was shocking for them. At the end of the decade, the communist intellectual Ahn Mak was also purged and executed. His wife, the legendary dancer, was purged in the 1960s, but the circumstances of her death remain unknown.

After the Korean War ended, the Hungarian hospital operated in different locations like Huichon in Chagang Province, or Songrim near the capital, and finally it was moved to Sariwon city. When the last Hungarian medical team left North Korea in 1957, their members erected a bilingual monument to the memory of the 300 Hungarians who worked in that country. The monument can still be found in the garden of the local hospital in Sariwon city.