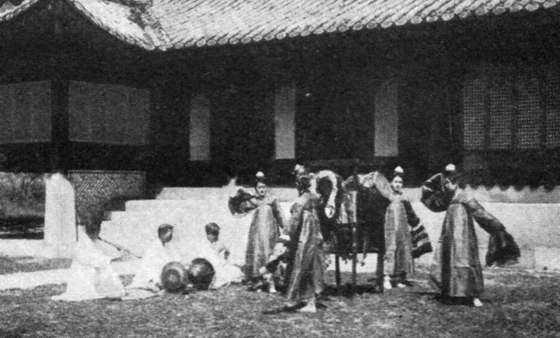 Kisaeng (singing girls) in a photo taken by Julia Geszty in 1934. [HUNGARIAN EMBASSY]


In 1934, a young female journalist, Ms. Julia Geszty from the Hungarian daily Pesti Hirlap, headed off on a long journey to the East.

At first, she visited South Asian territories: She crossed India, Burma and Siam, and then visited Java and the Philippines.

Later, she moved to Hong Kong, Shanghai and Peking. Every place she went, Julia Geszty, as a journalist re-commended by the Hungarian government, was accompanied by high-level local officials and nobles. In Japan, she was also welcomed and hosted by noble families.

The young Hungarian girl arrived by ship at the seaport of Busan from Japan and continued on her journey to Seoul by train. The historical Korean capital was called Keijo at that time, due to the Japan’s colonial rule (1910-1945).

What first drew Geszty’s attention in the city was the clothing of the local residents: She was surprised at the men’s traditional white jeogori (upper part of hanbok, or Korean traditional dress) and their black hats. The Hungarian visitor saw only a few females downtown in the daytime.

According to her reminiscences, there was clear evidence of the unequal gender status; the traditional rules forbade women from walking on the streets while men were. Women were able to come out to the streets only after dark.

In the capital, the Hungarian lady was invited by a famous veteran politician, Yun Chi-ho (1864-1945), who was living in the Jeondongjang house in Insa-dong, central Seoul. Yun was a controversial person in the Korean history: He supported the modernization initiatives at a young age, but his later activities were debatable.

Yun was born in a noble family, and he was the first Korean student to have the opportunity to study in Japan in the early 1880s. He also learned English while in Japan and became an interpreter of the American consul in Seoul in 1883. Yun was closely associated with young Korean nobles who organized a coup in 1884 to adopt quick reforms in the country. However, the attempt, called Gapsin Jeongbyeon in Korean, soon failed.

Yun went to Shanghai as an émigré, then moved to the United States to study. Returning to Korea, he was appointed as the English interpreter of the Korean delegation to Russia in 1896 and participated in the coronation ceremony of Tsar Nicholas II. Meanwhile, he maintained close relations with the Independence Club, a Korean patriotic organization for Western-style modernization, and served as the editor-in-chief of its newspaper Tongnip Shinmun (The Independent). After the establishment of the Japanese colonial rule in the Korean Peninsula, Yun was arrested, together with several others, and spent years in prison.

However, after the collapse of the pro-independence March 1 Movement in 1919, he concluded that independence was impracticable. Therefore, Yun changed his political stance and become a supporter of the Japanese colonial rule.

Yun Chi-ho welcomed the Hungarian girl to his Jeondongjang house in Insa-dong on June 2, 1934. Unfortunately, the house was demolished during the Korean War, and now only a public parking place can be found where it used to stand.

However, we can picture the venue from the description of Julia Geszty. According to her writings, the house was surrounded by high walls. The female members of the family stayed in the innermost rooms of the building, and they used separate corridors to avoid the men’s quarter.

To greet the Hungarian girl, the wife of Yun Chi-ho prepared various Korean traditional dishes for lunch, and kimchi was the most memorable. Geszty particularly emphasized kimchi in her book and an article which was published years later, which became the first opportunity for Hungarian readers to learn about this Korean traditional dish. According to her words, kimchi was made of various vegetables and it was spicy and delicious.

In the evening, Yun Chi-ho offered the Hungarian girl a sightseeing tour in Seoul with the female members of the family. Since his wife couldn’t speak English, his daughter interpretated their conversation. According to Geszty’s book, the streets of Seoul were full of life even late in the evening. After enjoying the performance of kisaeng (singing girls) in the downtown, they went up to Namsan Hill. The view was amazing. The streets were illuminated, and they could see the palaces. Thanks to the lack of tall buildings at that time, the visitor had the opportunity to observe the entire landscape of the capital.

Yun Chi-ho wrote the following message in Korean in the girl’s memorial book: “It is a great pleasure to have a companion who came a long way.” Three years later, in 1937, Geszty published a book in Budapest about her experiences in Asia under the title “Rejtelmes Kelet” (Mysterious East). The book contains the aforementioned Korean message, among illustrations.

In the second half of the 1930s, Julia Geszty often held lectures about Asian culture in Budapest. However, her later life is hardly known. According to my researches in the archive newspapers, she got married to an American diplomat, John Pennington Gardiner (1905-1979). The couple left for the United States, but after the World War II, they moved to Asia with their kids, where Gardiner served as a first secretary at the American Embassy in Seoul and Tokyo. Julia Geszty passed away in Washington in 1993 at the age 89.

Finally, let me add one more interesting connection. As I mentioned above, Yun Chi-ho was a controversial person in Korean history. However, his nephew, Yun Bo-seon, became a very respected politician decades later. He served as the President of Korea between 1960 and 1962. 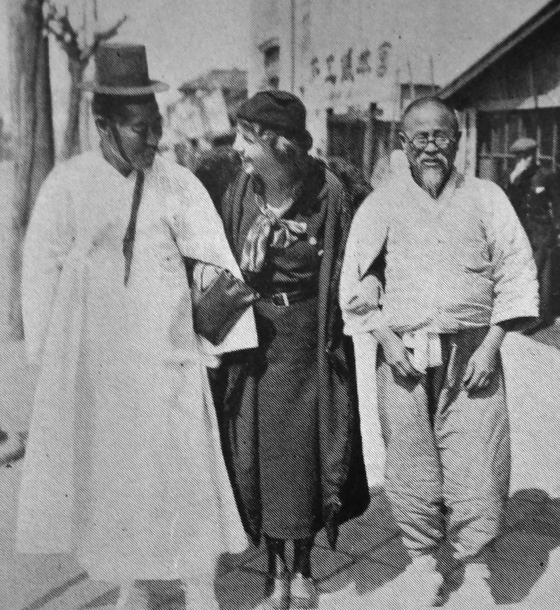 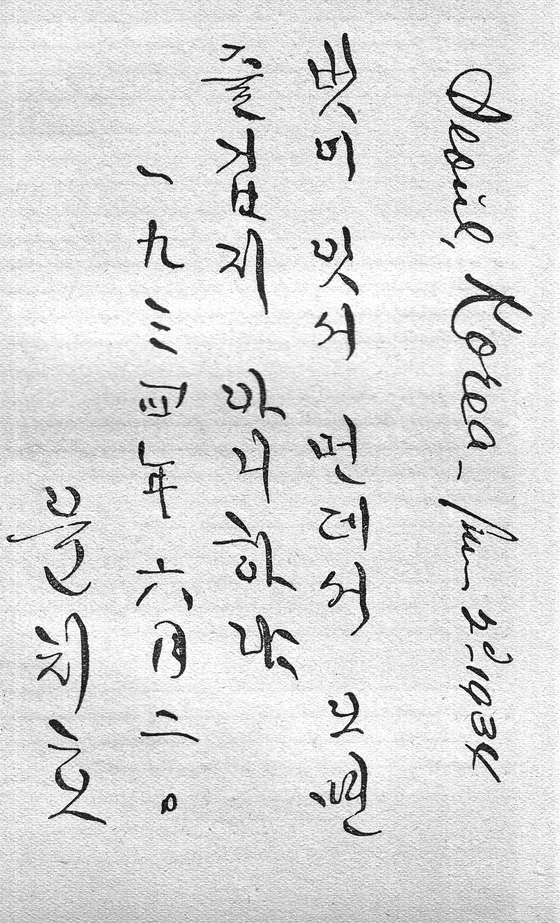 
By Mozes Csoma, Ambassador of Hungary to Korea