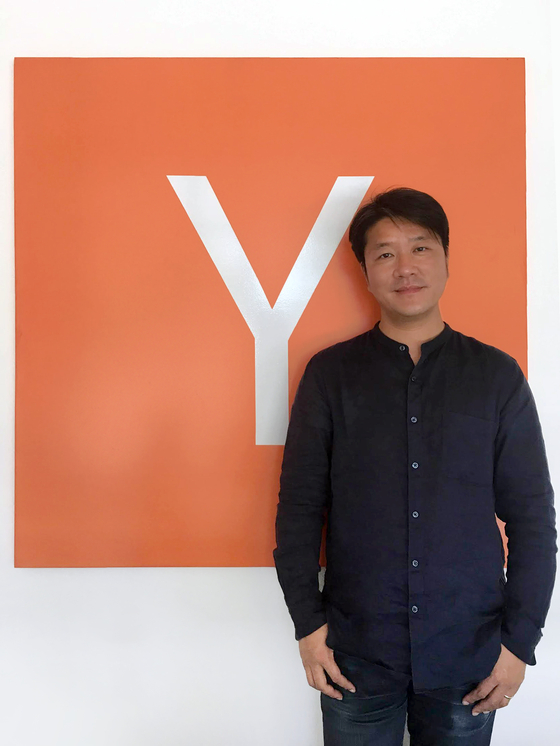 As the coronavirus outbreak has caused some people to spend less time outside their homes, some of them are turning to augmented reality (AR) technology.

Physical interaction is becoming less common than it was before the outbreak. Chong Jin-wook, the CEO of Seerslab, said he believes the technology will provide a boost for industries struggling from the outbreak and may provide a lasting shift in how companies interact with their customers.

“AR, which used to be a mere means of enjoyment, is rising to become a core service in areas like education, shopping tourism and real estate,” he said in an interview with the JoongAng Ilbo, an affiliate of the JoongAng Daily.

Seerslab, founded in 2014, created the world’s first AR smartphone application and has a number of original technologies in the field. The company is an AR technology partner of Facebook, eBay, Disney, Samsung Electronics and LG Electronics.

The start-up is preparing to launch an AR software development tool in Korea next month and believes the virus outbreak will serve as an opportunity to compete in the technology race against big names like Google and Apple.

Below are edited excerpts of the April 22 interview with Chong.


How has the Covid-19 pandemic affected the AR market?


The virus outbreak definitely expedited the opening of an AR era. Demand for the technology has risen in shopping more than anything else. Players like Lotte Department Store and Shinsegae Department Store jumped into developing AR services following eBay, which earlier showcased an AR-based cloth-wearing service. In the field of education, an instructor can change the background to an actual classroom or change himself or herself into a certain character ... People also won’t have to visit the actual housing units in real estate deals. They will be able to sit in a real estate office and use AR to have a 360-degree view of units they are interested in.


What kind of AR-based services are available right now?


Currently with available AR technology, you can have a live 360-degree view of famous tourist sites, museums and sports games. With smartphones, users can scan the floor to open up a portal for a new space, then walk into that portal to view an entirely new space in 360 degrees. Field trips, overseas trips and international sports matches can all be experienced at home or in offices.


Telecom companies launched a lot of artificial intelligence and AR content as they faced the 5G era last year but failed. Why is that?


Telecom companies don’t really have the DNA to create content. They made content to show off their 5G capabilities rather than creating content that customers demand. Content creation requires experienced players to be in the market. At the moment, there aren’t that many 5G-supported devices, so content experts haven’t jumped in to create 5G-exclusive content. But as we see an increasing number of 5G-supported smartphones, we could see more quality content in terms of games and videos.


You created Lollicam as the first in the world but lost the market to latecomers like Snow from Naver. Aren’t you worried that your ideas for AR technology could be stolen by large corporations or foreign markets?


That’s why start-ups like us have to tackle the niche market. Google and Apple all provide tools to create AR applications. Seerslab has an exclusive self-developed technology for that, too. But do you think that companies like us can compete in terms of AR tools against Google or Apple that have seas of data themselves? Seerslab also provides content that can be used directly with the AR tools. Seerslab acquired commercialization contracts for around 200 intellectual properties from companies like Disney, Pixar and SM Entertainment, and we are distributing more than 6,000 pieces of AR content in the global market. In May we will also domestically launch an “AR Gear” platform that provides both an AR software development kit to create apps like TikTok or Snow and content that can be used right away.


What does Korea need to gain global competitiveness in terms of AR technology?


Korea is very good at creating new markets and surpassing others. For information and communication technology companies in the United States and China, there is no better test bed than Korea, which is pouring out new apps to consumers everyday. But Korea primarily invests in apps that can generate profit instantaneously. From a long-term perspective, the country is weak at investing in core technologies that can lead the whole ecosystem. For that reason, Korea tends to lose big breakthroughs to the United States and China. Even if Korean games grow, the companies that gain from that growth are Unreal Engine and Unity, both of which sell game-developing tools. What that means is that if Korea doesn’t foster its own core technologies, the country will end up benefiting foreign companies. Of course, the place Korea is at now with AR core technology is behind Google and Apple, which have been investing trillions of won into the field. The country needs a long-term perspective of strategic collaboration with start-ups, with the purpose of fostering self-developed technologies and related ecosystems.