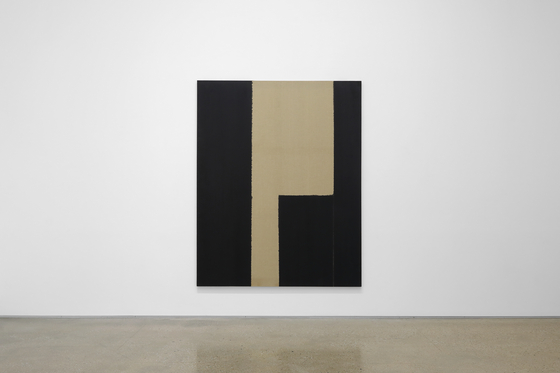 Yun Hyong-keun (1928-2007) is considered a leader of the Korean monochrome painting style, known as dansaekhwa, fusing the best of Western two-dimensionality and the simple color scheme of Eastern ink paintings on his canvases. 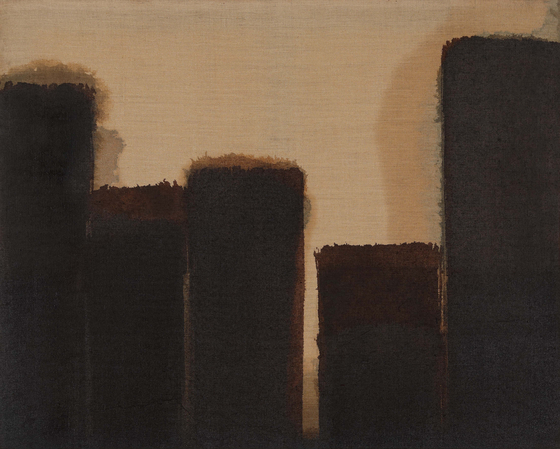 His iconic sepia paintings led the Korean art scene during the 1970s and continue to pop up on the list of masterpieces of 20th century art. However, this year, PKM Gallery will shift the focus from Yun’s early years to his later works, after he perfected his style.


PKM Gallery’s new exhibition titled “Yun Kyong-keun 1989-1999” is quite self-explanatory: It looks at Yun’s works created between the years 1989 and 1999, when he pushed his own boundaries by making bolder movements in both form and color.

“With the heightened interest in dansaekhwa, people tend to focus too much on the earlier works rather than his whole career,” said Park Kyung-mee, president of PKM Gallery.


“But looking at Yun’s works, his pieces from the 1980s and 1990s take up a big part of his artistic world, which matured and was perfected with time. We thought we’d change the perspective for this exhibition.”

This exhibition is therefore not only about Yun’s signature monochrome paintings and his philosophy behind the works, but also about how those works developed even more over the course of his later years. To show how his ideas changed, works that are similar to each other are displayed together to show the course of Yun’s thoughts, rather than a linear chronological order.

This provides a “visual representation of how his works influence each other back and forth over time,” according to Park. 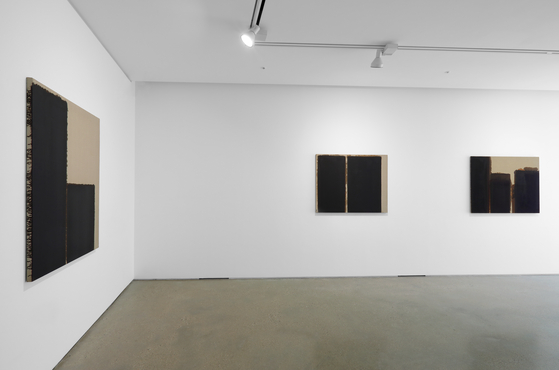 
“His later works are reminiscent of his signature usage of columns, which he showed through his ‘Heaven and Earth’ series, as well as the smudging effects from the ink running on the canvas. But at the same time, it shows the transition in his formation that he picked up after becoming close with Donald Judd [1925-1994] in 1991,” said Park.

Yun is said to have lived an honest and scholarly life, taking inspiration from ancestral nobles who believed that art exudes from one’s mind ? the subject of Kim’s calligraphy. Stylistically, Yun’s encounter with Judd elevated his work to another level by bringing him closer to Western Minimalism. Yun even kept a copy of Judd’s prints at his studio to draw inspiration from. 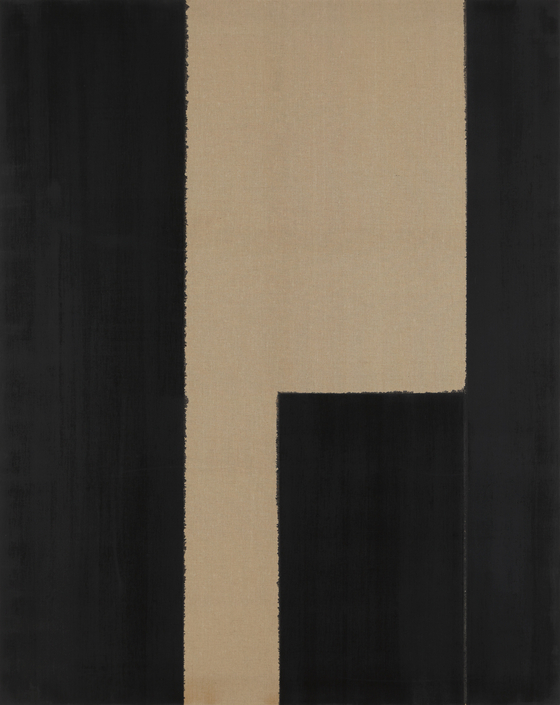 The two series “Burnt Umber & Ultramarine Blue” (1999) are the perfect examples of where Yun escapes from his columns and divides the space within the canvas purely with another space, rather than with the form of columns.

“The way an individual is assessed by others differs according to the people who are making the judgments,” said Park. “But for Yun, no one would refute how respectable he was as both a person and artist. Even after his death, his good spirit spreads. I sincerely hope that his value is truly recognized by the world.”

PKM Gallery opened up a new online viewing room for visitors, to encourage people to view Yun’s masterpieces from home during the coronavirus social distancing guidelines. Saxophone player KimOki has composed new music inspired by Yun’s works, and it will be released online in early May. A virtual reality guide of the exhibition is also getting its final touches before it’s released this month. The exhibition will run until June 20.