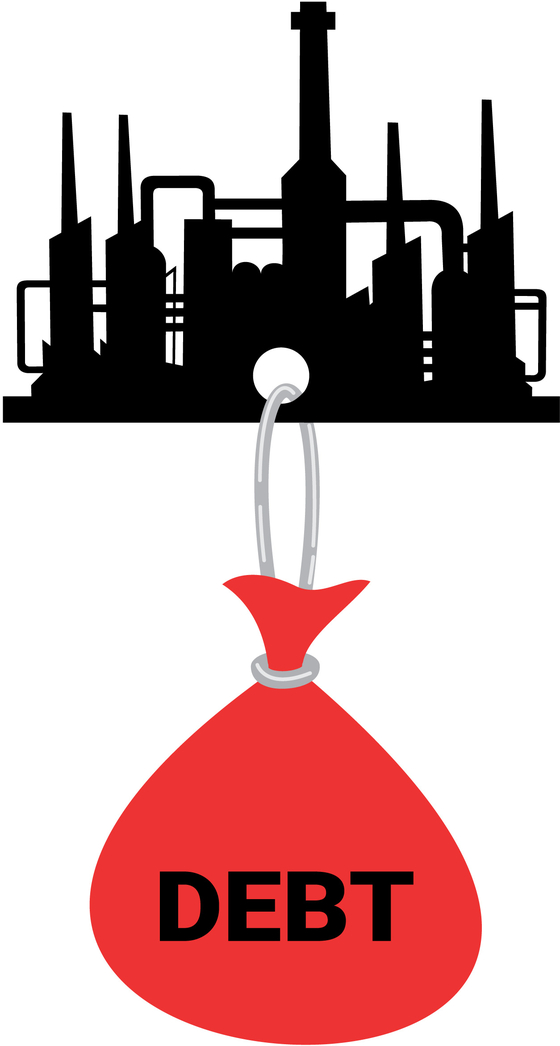 
This is an unprecedented amount, say analysts in the finance industry. Chaebol borrowing ranged from around 70 to 73 trillion won over the last one to two years. In December, the amount stood at 72.8 trillion won.

Since February, after the coronavirus started spreading locally, it jumped by 13.9 trillion won, including 5.8 trillion won in the last month alone.

“Large companies have increased their amount of loans due to concerns of a possible recession from the coronavirus pandemic,” said a source from one local commercial bank. "This is an unprecedented increase."

Companies are struggling to raise cash due to a freeze in the corporate bond market, say analysts. The total amount of corporate bonds issued in April dropped 7.4 percent since February to 15.6 trillion won, according the Financial Supervisory Service on April 28.

“Companies in retail or service industries that have a grim outlook due to the outbreak had no other choice but to take out loans from banks with higher interest rates, as they faced difficulties raising funds from the financial markets,” said Cho Young-mu, a senior researcher at the LG Economic Research Institute.

Other companies may be borrowing to prepare for possible mergers and acquisitions of troubled companies in their field — preparing for “brutal opportunities,” according to Cho.

“Chaebol companies with good credit scores have an upper hand when applying for bank loans to secure cash flow,” said Ha Jun-kyung, an economics professor at Hanyang University. “It seems that companies find it advantageous to secure as much cash to prepare for possible volatility in the market caused by the coronavirus outbreak.”

Critics worry that the increased amounts of debt may lead to vulnerabilities later on, if companies with weak fundamentals are pushed to the edge by the crisis.

“The situation will end as a cash flow problem if the economy succeeds in making a ‘V’ shaped recovery, but could worsen especially for financially vulnerable companies if the recession drags on,” said Prof. Ha. “The government and state-run banks are putting forth support measures and volunteered to underwrite their debt. However if the [current] situation continues on, the other issue we need to address is exactly who will take on the burden of losses caused by the loans.”

Meanwhile, loans taken out by mid-sized and individual businesses increased by 8.4 trillion won in a month, or 1.9 percent, amounting to 463.9 trillion won. This is a 13.8 trillion won increase compared to the end of February.

“A feeling of apprehension might be hanging over banks that increased loans to take part in the government’s coronavirus support initiatives,” said Kim Sang-bong, an economics professor at Hansung University.

Bracing for a perfect storm