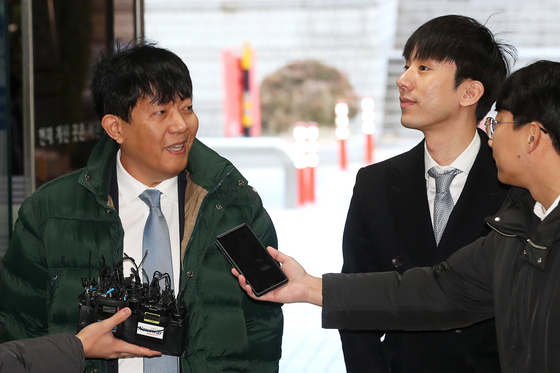 
VCNC, the operator of the ride-sharing service Tada, announced Tuesday that it has filed a constitutional appeal against the revision of the Passenger Transport Service Act claiming it is unconstitutional.


VCNC indefinitely terminated its Tada Basic service last month about a year after the service was launched.

The company said it has no plans to resume the service and that it is filing the appeal to restore the honor of its executives and employees.

The so-called Tada Prohibition Act, which was passed by the National Assembly on March 6, virtually bans services providing vans with drivers, making it difficult for Tada to continue its business of offering 11-to-15-seat vehicles via an app.

The petition was filed by VCNC employees, Tada drivers and Tada users last Friday. They argue that the revision violates basic and equal rights of the people. The bill not only infringes on consumer rights to arrange drivers but also violates their right to equality by restricting options related to transportation. The revised act allows the company to arrange drivers for rental vans only when they are rented for more than six hours or if rented at airports or ports for tour purposes.

The petitioners also claim that the revised act violates the freedom of corporate activities and property rights. VCNC and parent Socar consulted with the Ministry of Land, Infrastructure and Transport, before and after the launch of Tada services. By banning services that were properly operated for a year and a half, the principle of mutual trust was broken. It also explained that the revision also infringed on the freedom of Tada drivers and Socar and VCNC employees to work.

The Tada Basic service stopped as of last month, but the revised bill remains controversial.

"People voluntarily chose services that are more expensive than taxis, but the nation stopped them," Chang Byung-gyu, chairman of the board of directors of Krafton and the first chairman of the Presidential Committee on the Fourth Industrial Revolution, wrote on Facebook on Monday, adding, "Sorry for failing to prevent Tada's suspension as the former chairman of the committee."

Legal circles are divided over whether the constitutional petition will be successful. Six judges have to agree that it is unconstitutional.

"In terms of legislative policy, it will be necessary to determine whether it is appropriate to prevent creative start-ups such as Tada and new jobs such as Tada drivers, said Noh Hee-bum, a lawyer who was a former Constitutional Court research judge.

Noh also points out that Tada wasn't given a chance.

"There are usually three to five years of such a grace period," he said. "For Tada that started the business when there were no restrictions on their operations, the period is too short to retrieve the investment."

Some say the petition is likely to be rejected.

"The petition's legal validity seems weak," Kim Kyung-hwan, head attorney of law firm Minwho, said. "The decision of unconstitutionality is made when there is an excessive and fatal problem of unconstitutional infringement on their freedom."

"It seems unlikely that the Constitutional Court will decide a law unconstitutional which was passed by nearly 100 percent of approval from the National Assembly."