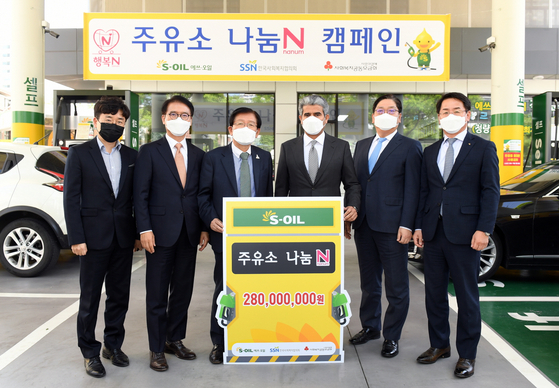 S-Oil, one of the Korea’s top four oil refiners, said Wednesday that it donated 280 million won ($229,000) to Korean National Council on Social Welfare for a campaign. The campaign involves 250 S-Oil gas stations and marketing employees jointly engaging in community services to support local welfare facilities for children, the elderly and the disabled. In addition to distributing the donated funds, voluntary services include cleaning up facilities, distributing food and participating in cultural activities.


“It’s more important to look after the needy neighbors in difficult times like this and share with others, which is one of the core values of S-Oil,” S-Oil CEO, Hussain Al-Qahtani, said.

S-Oil started the campaign with the Ministry of Health and Welfare and Korea National Council on Social Welfare in 2011 to implement community-based programs with local gas stations. Since then, the refining company has donated a total of 3.5 billion won and has matched 2,580 gas stations and welfare facilities across the country.