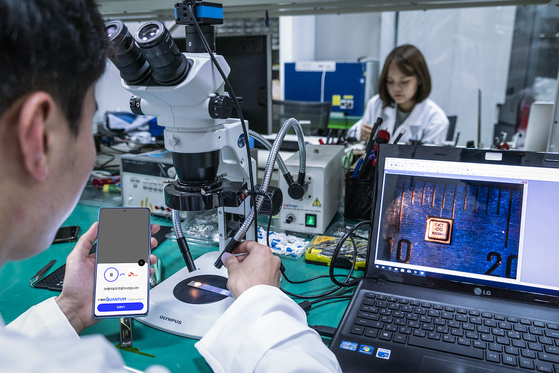 Researchers from SK Telecom affiliate IDQuantique test a quantumrandom number generator chipset to be installed in the Galaxy A Quantum at the telecom company's office in Bundang, Gyeonggi. [SK TELECOM] 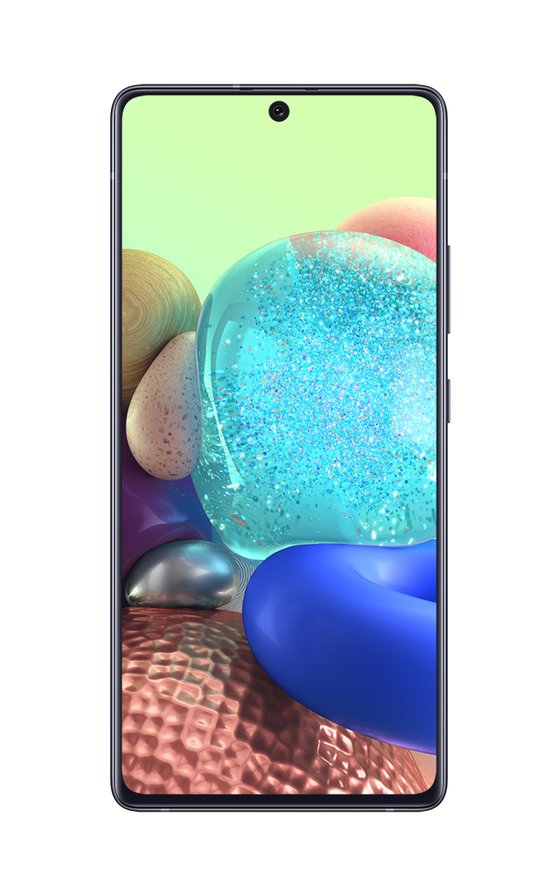 
The company announced Thursday that the Galaxy A Quantum will be the world's first 5G smartphone with a quantum random number generator chipset, which ensures better mobile communication security by generating highly unpredictable numbers.

The chip, developed by SK Telecom's Swiss subsidiary ID Quantique, generates random numbers based on quantum encryption technology, the company said, thus strengthening the security of data transmission. The version of the Samsung phone is being exclusively through SK.

The security system will be applied to a log-in process for SK Pay, a payment method developed by SK Group, and the services affiliated with the telecom unit including streaming platforms Wavve and Flo.

The company said the Galaxy A Quantum applies quantum encryption to processes that require identification and certification, including mobile payment applications.

The Galaxy A Quantum also includes a quad-rear camera setup with a 6.7-inch display and a 4,500 milliamp-hour battery.

Sales begin Friday before its official launch on May 22.

The telecom firm boasts that the generator creates truly random numbers that cannot be predicted, in contrast to existing random-number generators that rely on complex patterns. Those systems could be vulnerable to hacking by quantum computers with data processing speeds 100 million times faster than supercomputers, SK Telecom said.