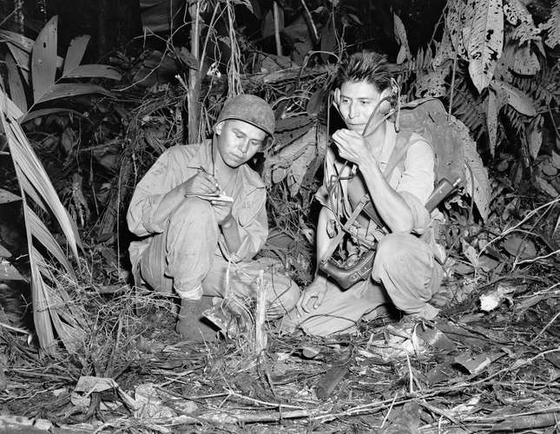 
South Korea will provide thousands of face masks and other medical supplies to the Navajo Nation of the United States as gratitude for their participation in the 1950-53 Korean War.

According to the Ministry of Patriots and Veterans Affairs, 10,000 face masks and goods like hand sanitizers will be shipped to the United States to aid surviving Navajo veterans of the war.

Around 800 Native Americans of the Navajo Nation fought in the war as part of the U.S. Armed Forces, around 130 of whom are still alive today.

The Korean Consulate in Los Angeles, in consort with the Korean community in Arizona and Korean Christian missions in the United States, will deliver the medical supplies to the Navajo Nation.

Los Angeles Deputy Consul General Hwang In-sang was due to hold a video conference with Navajo Nation President Jonathan Nez to thank the tribe’s veterans for their participation in the Korean War and convey hopes that the face masks would help the tribe successfully combat Covid-19.

The assistance stands as part of the South Korean government’s efforts to commemorate the 70th anniversary of the outbreak of the Korean War on June 25. On May 7, Seoul shipped 500,000 face masks to the U.S. Department of Veterans Affairs for the sake of U.S. veterans of the Korean War.

Around 170,000 Navajo people — including most of the surviving veterans — live on a reservation occupying portions of Arizona, Utah and New Mexico.

Navajo servicemen played important roles in World War II as code talkers, relaying military communications through use of the complex Navajo language, which was undecipherable to the enemy. The method, known as the Navajo code, was employed again in the Korean War.

In 2016, when it marked the 66th anniversary of the Korean War, the Korean government celebrated 35 Navajo veterans with peace ambassador medals.

“The government of the Republic of Korea remembers all those service people who made valuable sacrifices for an unfamiliar country 70 years ago and hopes they will be able to tell the younger generation about the choices they have made with a sense of honor,” said Kim Eun-ki, co-chairman of the Korean War Commemoration Committee.