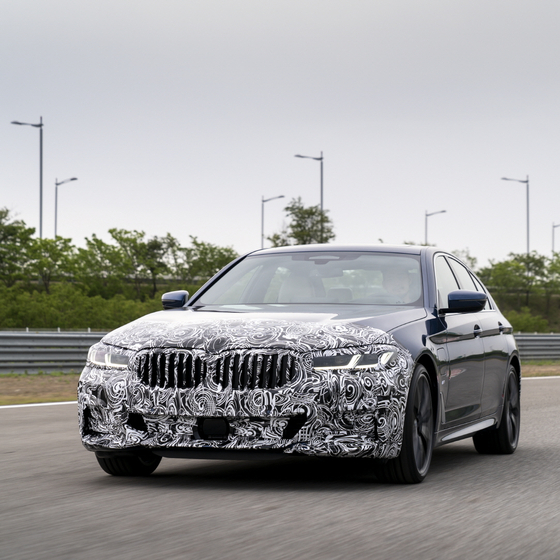 BMW will world premiere the new 5 Series, pictured above, and the 6 Series in Korea on May 27. [BMW KOREA]


BMW will be displaying face-lifted versions of 5 Series and 6 Series vehicles in Korea on May 27 as the German car maker closes in on the No. 1 spot for imported cars in the local market.


The event will be the first world premiere of new models in Korea, though photos of one of the vehicles — the 2021 5 Series — was leaked online in late April. BMW had originally planned to hold the event for the models at Busan International Motor Show, which was going to be held in the first week of June this year. The show got canceled due to the coronavirus pandemic.

BMW plans to start selling the vehicles in Korea in November.

The company said that it will be holding the event in Korea because the 5 Series and 6 Series are so popular in the country.

BMW is recovering in the market from a series of car fires in 2018 and in 2019 and is fast gaining on its home country rival in terms of sales in the local market. In April, BMW Korea sold 5,123 units closely following Mercedes-Benz Korea’s 6,745 units. Last April, BMW Korea’s April sales were less than half of its rival.

In the January-April period, BMW Korea’s cars accounted for 21.2 percent of the import car market, up by 5 percentage points from last year’s 16.04 percent over the cited period.

The 5 Series and 6 Series event will be held in Yeongjongdo, Incheon, where the carmaker’s driving center is located. The event will be live-streamed through various social network service channels.