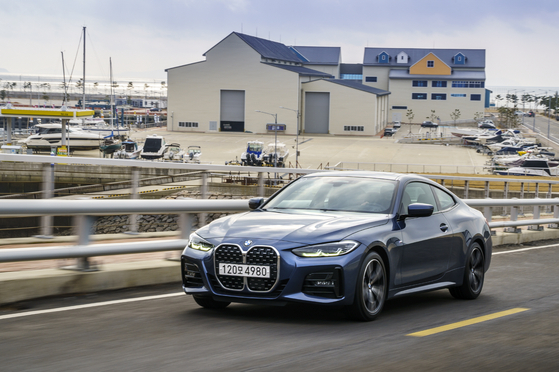 YEONGJONG, Incheon — A new face is not the only thing BMW’s fully revamped 4 Series has to offer, although that has grabbed a lot of media attention. It also has a bigger interior space and more powerful driving performance.

The German luxury carmaker brought the second generation of the 4 Series coupe and convertible to Korea in February as well as the coupe’s M version, the high-performance trim.

The Korea JoongAng Daily got behind the wheel of the coupe's 420i M Sport model on Feb. 4, driving a 100-kilometer (62 miles) route around BMW's driving center on Yeongjong Island, Incheon, which offers nice straight and empty roads, perfect conditions to test out the coupe’s powerful acceleration.

The first thing one notices is the new vertical grille, which replaces the iconic horizontal BMW grille.

But the latest 4 Series came with more upgrades, including in its overall size. 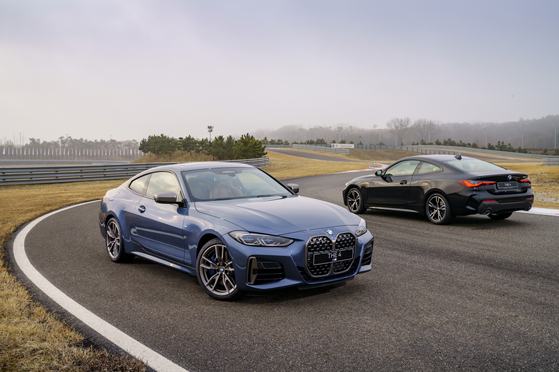 The wheelbase is 41 millimeters (1.6 inches) longer than the previous generation.

The body is 130 millimeters longer and 27 millimeters wider. Two-door coupes tend to concentrate on comfort for the driver and front-seat passenger. But in the revamped 4 Series, the back seats were surprisingly spacious, with the kind of leg room one expects in a sedan.

Gliding on an empty road, tucked in the low-slung driver’s seat, the 420i felt almost like a racing car. Some might wish for a more powerful kick, but considering the 420i is an entry trim with a four-cylinder engine, the test drive vehicle felt like it was doing its best.

Acceleration was instant and impressive while the steering was agile, allowing for some aggressive lane changing.

Up to 150 kilometers (93 miles) per hour, the vehicle didn’t exhibit any instability.

The 8-speed automatic transmission has a new technology called Sprint, which enables the car to maximize its acceleration at medium speed, such as when you're trying to overtake a car ahead of you. This will definitely be useful on Korean roads, where a little bit of aggressiveness never hurts.

The new 4 Series' smart driving technology was on par with the rest of BMW's lineup, including active cruise control, a rear collision warning system and a lane-keeping assistant.

With the reverse assistant system, the car goes backwards on its own a maximum of 50-meters (164 ft) using rear sensors and cameras. This technology was first introduced in Korea in the 5 Series, which arrived last year.

BMW Korea said it will bring to Korea the M trim of the 4 Series convertible and a Gran Coupe version within this year. 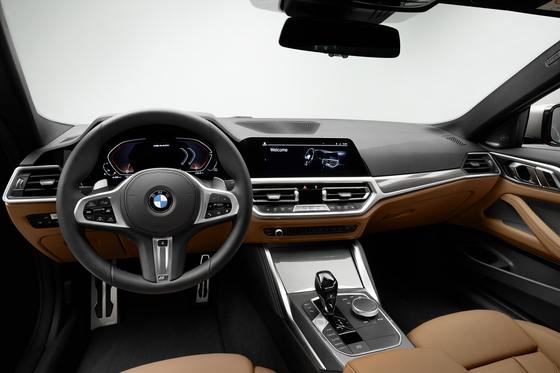