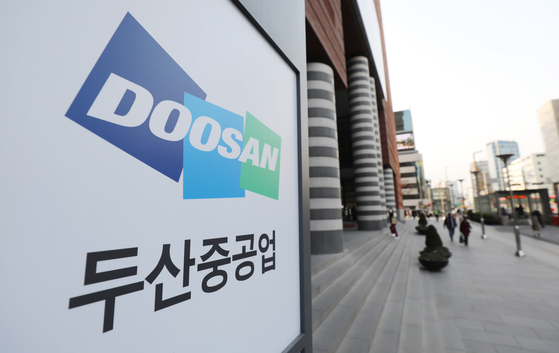 
Doosan Heavy Industries & Construction on Monday announced it will offer partially paid vacations to around 400 employees starting May 21 as part of its plan to stay afloat to overcome a liquidity crunch.


Employees taking the seven-month leave, which starts May 21, will receive 70 percent of their salaries. Both laborers and office workers are receiving the offer.

“The latest unpaid leave is not specific to a certain business unit, but [it's for] a relatively idle workforce without much of a workload,” said Park Jong-bum, a spokesperson for Doosan Heavy.

Doosan Heavy’s labor union on Monday argued that “the standard of selecting subjects going on paid vacation is not reasonable.”

The company's announcement came several days after the company accepted a second round of voluntary resignations, from May 11 through May 15, with about 100 employees taking the buyout.

The first round of resignations took place in May, and 650 people decided to resign voluntarily in return for the company’s 50 million won ($40,500) compensation benefit, offered to those who worked more than 20 years. Those employees were eligible for 18 to 24 months' worth of salary, depending on the number of years they worked at the company.