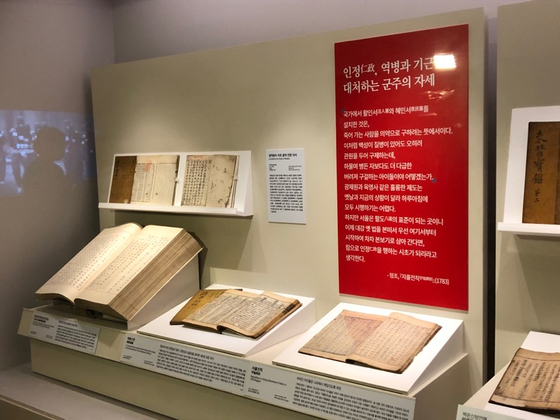 
Social distancing, it appears, was practiced even during the Joseon Dynasty (1392-1910) when unknown illnesses swept the nation, according to records being exhibited at the National Museum of Korea.

“When serving the god of smallpox, you must refrain from attending a funeral, holding ancestral rites, hosting a party, having sex and having visitors,” reads a passage from a collection of stories and practices in Korea published in the early 1900s, written by Joseon scholar Eo Suk-gwon.

The book is not a collection of medical knowledge and advice, but it puts together hearsay and local practices in communities in Korea, according to the Korea Creative Content Agency, an organization affiliated with the Ministry of Culture, Sports and Tourism.

Believing that there was a god behind the smallpox outbreak was one such belief.

“They came up with this concept that there was a spirit behind the illness because the commoners at the time could not understand how a deadly disease could spread so quickly,” said Yoo Sae-rom, researcher and curator of the “Fighting Epidemics in Joseon Dynasty” exhibition.

The exhibition, open through June 21 and located on the first floor of the permanent exhibition section of the museum, showcases some government and civilian responses to major epidemics that swept through Korea at the time, including cholera, smallpox, typhoid, dysentery and measles.

The first part of the exhibition showcases records in the forms of documents, paintings and objects such as tombstones that provide visitors a glimpse into the epidemics of the Joseon Dynasty.

“We found portraits of officials in the court that show pockmarks left on their faces, evidence that they were survivors of smallpox,” Yoo said. “These are officials whose portraits were done after they passed an exam in the court to rise in ranks in 1774.”

The portrait of Kim Sang-ock, one of these officials, stands out for his pockmarks. 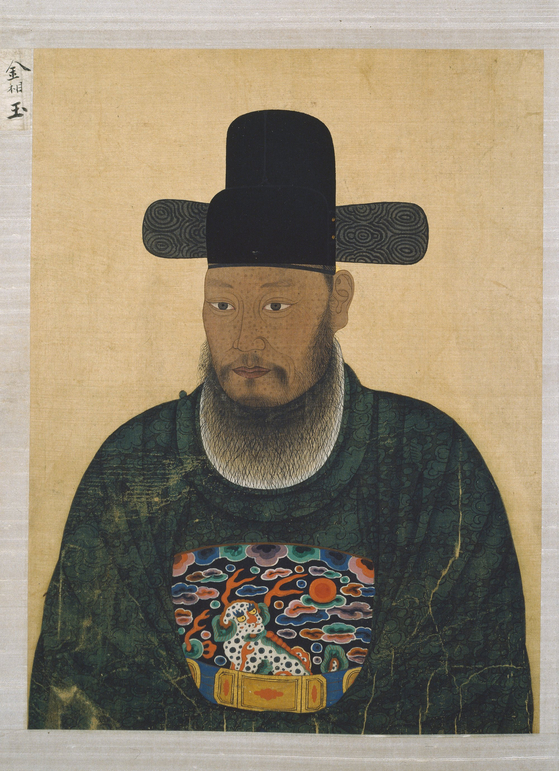 A portrait of an official named Kim Sang-ock shows pockmarks on his face, evidence that he suffered from smallpox. [NATIONAL MUSEUM OF KOREA]


The second part of the exhibition details orders from kings, such as from Gwanghaegun (1575-1641) and Jeongjo (1752-1800), to the royal physicians, on measures to share medical knowledge about the illnesses with commoners.

When a type of typhoid fever spread from the Gangwon region to Seoul, Gwanghaegun ordered the royal physician Heo Jun to write up a book about understanding the illness and preventive measures. The book, “Shinchan Byeokonbang,” was published in 1613.


“Some measures that Heo recommended at the time actually coincide with things recommended by doctors today,” Yoo said.

“Heo advised that windows be open in rooms that hold the patients and that when patients are speaking to doctors about their conditions, the doctors must listen to them with their backs turned to the patients instead of facing them. He also recommended boiling the patients’ clothes in water to sanitize them.”

The last section of the exhibition details the superstitions that people held onto during outbreaks, including the belief that the smallpox gods wanted their worshippers to practice a form of social distancing.