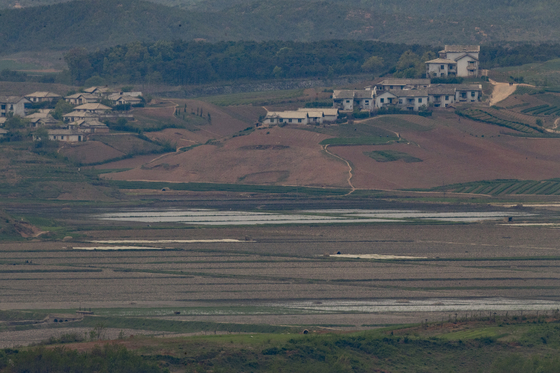 
North Korea faces a shortage of nearly 900,000 tons of grain, according to South Korea’s Ministry of Unification on Tuesday.

An official from the ministry told reporters that Seoul’s Rural Development Administration estimated North Korea’s total grain production last year to be around 4.64 million tons, short of the average of 4.69 tons it produced in the last three years.

In order to keep its population sufficiently fed, the North requires an annual sum of around 5.5 million tons, meaning that the country will face a shortage of around 860,000 tons until the harvest this autumn, the official said.

The United Nations’ Food and Agriculture Organization (FAO) noted in a report released Monday that North Korea was among 47 countries facing the possibility of severe food insecurity due to border closures and disruptions of global supply chains owing to the coronavirus pandemic.

In earlier years, Pyongyang made up for shortfalls in its food production by importing grain.

But the regime’s decision to close its borders in late January owing to the coronavirus outbreak in China is likely to have a significant impact on its ability to import food from abroad, according to the Unification Ministry official.

Domestic food production, however, is unlikely to be affected, the official added, as the Covid-19 outbreak did not coincide with the autumn harvest season.

The damage dealt by the virus to global logistics has also dealt blows to the budgets of international humanitarian organizations that Pyongyang has relied on to meet emergency needs in the past.

The World Food Programme (WFP) noted on its website this month it so far only managed to raise around 36 percent — around $58 million — of the $161 million needed to fund its three-year food aid program to the North. Aid from the South Korean government accounted for $5.5 million of this sum.

The FAO asked donors for $350 million — three times more than its request in March — this month in order to carry out its humanitarian assistance programs to tens of millions around the world.

These difficulties may mean the North will have to depend on traditional allies like Russia and China for food assistance as it enters its spring “lean season,” when food stores are at their lowest before the next harvest.

According to North Korea’s Embassy in Moscow, the North received around 25,000 tons of wheat as aid from Russia last week. Citing WFP and FAO reports, the embassy admitted more than 10 million North Korean people were experiencing food insecurity as a result of unfavorable climate conditions that led to an insufficient harvest the year before.

“The people of [North Korea] remain caught in a protracted cycle of humanitarian need that, notwithstanding tense geopolitical dynamics, necessitates prioritization and action from the global community,” said Frode Mauring, the UN resident coordinator in Pyongyang, in a UN report published in April.

“If we are to limit and mitigate the impact of food insecurity of the most vulnerable in the country, including women and children, the time to act is now.”