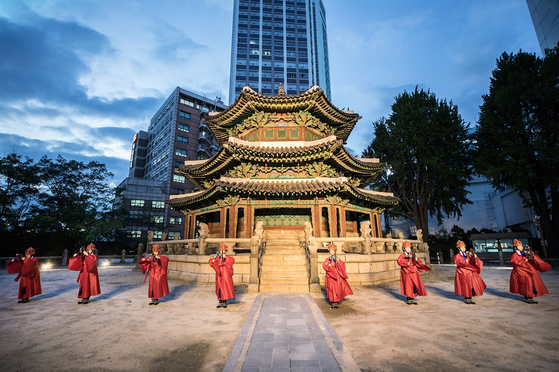 In an effort to encourage more visits to Unesco heritage sites in Korea, the Cultural Heritage Administration has come up with seven tour routes designed for visitors to get the most out of the landmarks over a two to three day time frame.

“Korea’s cultural heritage sites will reopen after refurbishment and offer much-needed healing and leisure as people try to cope with fatigue from the prolonged Covid-19 outbreak,” the administration said in a statement Tuesday. “With many of these sites being outdoors, they are the perfect places where people can enjoy leisure time while abiding by ‘everyday life distancing’ guidelines aimed at preventing the spread of Covid-19.”

Most of the sites have reopened since the government relaxed its social distancing campaign earlier this month.

The routes that the administration announced include one that links the historic areas of North Gyeongsang’s Gyeongju, which was the ancient capital of the Silla Dynasty (57 B.C. to A.D. 935) and Andong, which is home to the famous Hahoe Folk Village, both inscribed in Unesco; a route that takes visitors through the historic areas of the North Jeolla city of Iksan and South Chungcheong’s Gongju and Buyeo County, the center of archaeological sites of Baekje Kingdom (18 B.C. to A.D. 660), one of the earliest kingdoms of Korea, and also a Unesco-registered site; and a route that explores the history of folk and traditional music of Korea, such as pansori, or traditional narrative singing of Korea, inscribed as an Intangible Cultural Heritage of Humanity by Unesco.

Other routes bring together heritage sites of Jeju Island, Seoul and Gyeonggi, and several Confucian academies known as seowon throughout the country.

“The venues in these suggested itineraries are well-known to people through history books and television programs, but most of them are surprisingly uncrowded with tourists,” the administration said. “For those planning two-day or three-day trips within the country, these places will provide rest and relaxation as well as enriching and educational experiences.” 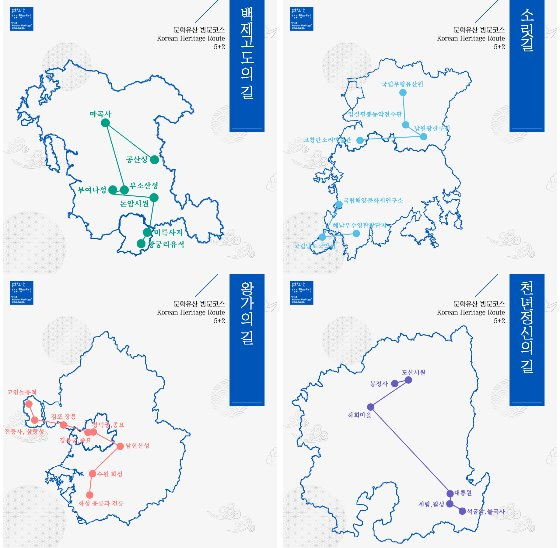 Maps of tour routes put together by the Korea Cultural Heritage Foundation and Cultural Heritage Administration for visitors looking to immerse themselves in the history and heritage of Korea. [CULTURAL HERITAGE ADMINISTRATION]

The administration and the Korea Cultural Heritage Foundation will also be running programs at the sites for the remainder of the year, including K-pop concerts at the Hwaseong Fortress in Suwon, Gyeonggi, in July and nighttime strolls in 36 historical locations throughout the country including those in Gongju and in Gwangju, opening up the sites at hours later than usual. The administration will also be running online interviews with K-pop stars about their experiences visiting Unesco heritage sites in Korea.

“When the world succeeds in bringing Covid-19 under control, the hope is that foreign tourists will also enjoy Korea’s cultural heritage to the fullest through the campaign,” the administration said.