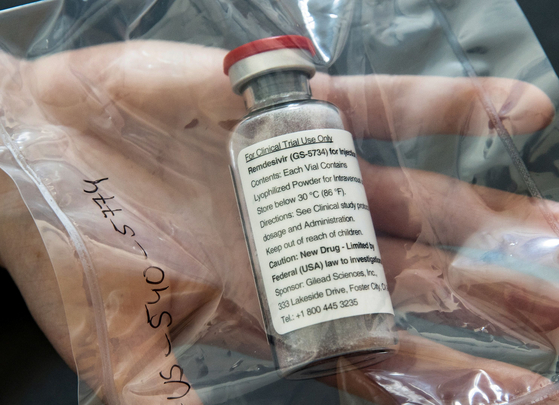 An ampule of remdesivir [RUETERS]


While various antiviral drugs are being tested for Covid-19 treatment, remdesivir has become the first scientifically proven effective treatment for the new coronavirus.


Recent findings by the U.S. National Institute of Health (NIH) found remdesivir, originally developed to combat Ebola by U.S. pharmaceutical company Gilead Sciences, to be effective in reducing the time to recovery for Covid-19 patients from 15 days to 11 days, and the mortality from 11.9 percent to 7.1 percent.

The JoongAng Ilbo interviewed Oh Myoung-don, a professor of internal medicine at Seoul National University Hospital, to discuss the significance of these recent findings published on the the New England Journal of Medicine on May 23. 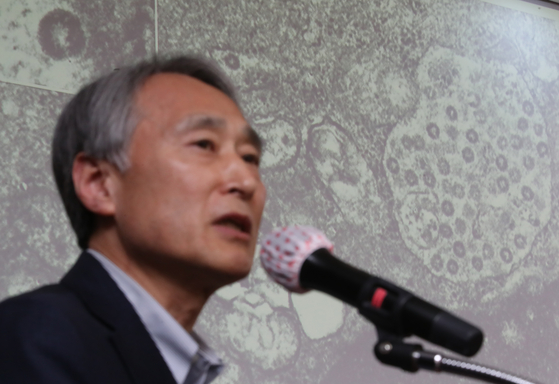 Oh Myoung-don, a chairman of the central clinical committee for emerging disease control, speaks at a press conference on April 29 at the National Medical Center in Jung District, central Seoul. [YONHAP]


Among 73 trial sites in 10 countries, Oh led the clinical trial conducted by the NIH in Seoul National University Hospital. Oh is also the chairman of the central clinical committee for emerging disease control and a World Health Organization member of the Strategic and Technical Advisory Group for Infectious Hazards.


The Korea Centers for Disease Control and Prevention (KCDC) announced it will hold discussions on Thursday with the central clinical committee about allowing the emergency use of the drug and commence drug authorization procedures with the Ministry of Food and Drug Safety. The U.S. Food and Drug Administration authorized the emergency use of remdesivir for severe Covid-19 patients earlier this month. 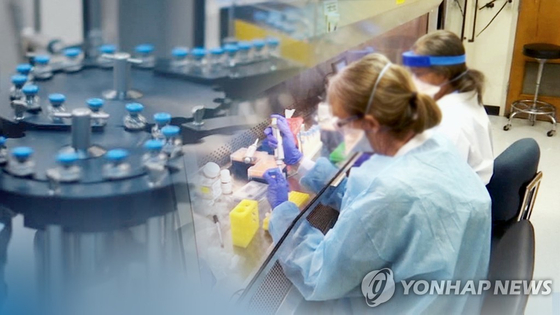 The U.S. Food and Drug Administration authorized the emergency use of remdesivir. [YONHAP]


Below are excerpts from the interview with Oh.


Q: How many patients were involved in the study?

A: A total of 1,063 patients hospitalized with Covid-19 participated, and there were 21 participants in Korea. Of these, 538 patients were randomly assigned to remdesivir and 521 were given the placebo for 10 days.

What is a placebo?

It looks just the same as the remdesivir, but it is a normal saline placebo. The clinical trial used a double-blind method, meaning neither the doctors nor the patients knew who received the remdesivir. Imagine tasting wine with your eyes closed. Knowing what kind of drug you use can create a bias and have a positive side effect, which cannot be attributed to the drug’s effectiveness. That’s why the double-blind method was used, which is not used very often.

How were the results?

But didn’t the placebo only take 15 days?

The standard treatment of Covid-19 patients is to hospitalize and receive supplementary oxygen therapy, which is enough to make a full recovery. The drug is to shorten the recovery time, and the drug was found to be effective since the remdesivir shortened the time by four days.

Why does it say to have "shortened the time to recovery" instead of "full recovery"?

The results of the clinical trial were published in the world’s leading medical journal, the New England Journal of Medicine, and that is how the journal phrased the results in the preliminary report. It is safe to say that hospitalized patients not requiring supplemental oxygen therapy or discharged from the hospital are fully recovered.

Has there been a change in mortality?

The most important purpose of the treatment is to save patients from dying. To see the difference in mortality rate, 2,000 people need to be tested in clinical trials, but it is impossible to recruit 2,000 people in the current pandemic. Thus, the change in mortality in this study was included as a key secondary outcome. The estimates of mortality by 14 days were 11.9 percent in the placebo group and 7.1 percent in the remdesivir group. This is quite meaningful, noting that it was observed on day 14. Within a pretty short period, the mortality rate has decreased by 30 percent. Observing after three or four weeks is likely to bring more meaningful results.

So this is not a final result?

On April 27, the NIH checked if there was any problem with continuing the trial, and admitted remdesivir’s effectiveness. Given that the drug was found effective, the board said it would be unethical to administer more fake medicine to placebo groups, and ordered remdesivir be given to them. The monitoring board is a very neutral body. After the evaluation of the preliminary results, the board decided to disclose the results of this clinical trial to the public as the findings may benefit patients.

What are the prospects of other future antiviral drugs?

Other drugs must have the same or greater effect in treatment than the remdesivir. The mortality rate by day 14 day was 7.1 percent with remdesivir, so the future antiviral drug should have lower mortality. It may be easy to go from 20 to 10, but it won't be easy to go from 10 to 5. We hope to find another drug with improved efficacy by understanding the molecular structure of the virus better.

Why did the NIH lead the clinical trials?

Conducting a double-blind, randomized, placebo-controlled trial requires a very strict method. This method is not commonly used in commercial clinical trials in which pharmaceutical companies pay for the trials because there is a high risk of clinical trial failure. For the company, it is not easy to take a risky approach. But from the government's point of view, a strict method was needed to make the most out of the medical resources to respect the patients in dire need. We used the research fund for Seoul National University Hospital.

What will happen to this medicine?

The U.S. Food and Drug Administration gave its emergency use authorization, and the company is in the process of receiving formal approval. Once it is formally approved, many patients around the world would benefit, and it is highly likely that the supply won’t keep up with the demand. The price of the drug will also be a problem. In the event of a pandemic, drug supply and price issues are always controversial. The same was true for the AIDS epidemic caused by H.I.V. At that time, poor African and Asian countries couldn't buy the treatment because they didn't have money. Brazil and Thailand imported cheaper generic copies of patented drugs.

How can Korean patients get the drug?

The government needs to import the drug, which is under discussion.