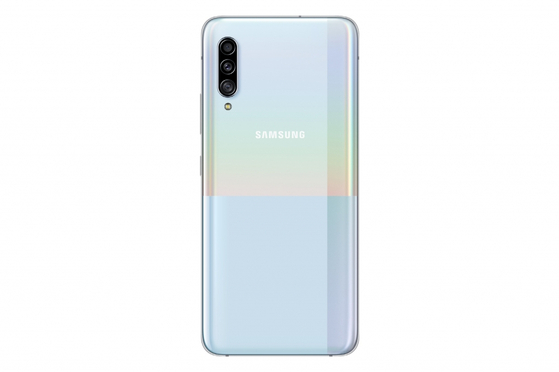 
Mid-range smartphones have showed stronger sales performance than high-end devices in the year’s first quarter, as consumers looked to save money in the face of the coronavirus pandemic, according to Counterpoint Research.

A higher demand for mid-range handsets can also be found in Samsung Electronics’ bestselling smartphone of the season: the Samsung Galaxy A90 5G. This product was Samsung’s first 5G-connectable phone released on its lower-end series, rather than as part of the flagship Galaxy S and Note ranges. The A90’s average selling price was $453 — only half the average selling price of last year’s first-quarter bestseller, the Galaxy Note9. 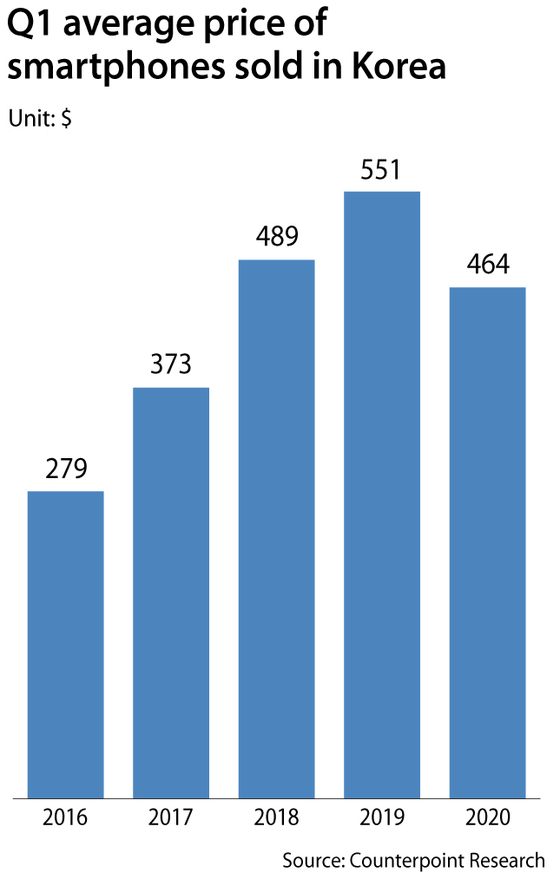 “This is significant as it is the first time since 2016 that a non-super premium device (a Note or S series) has taken the top spot, which bodes well for cheaper product segments,” said Kang Min-soo, a Counterpoint analyst.

Since before the pandemic arrived, Galaxy S and Galaxy Note sales as a percentage of overall smartphone sales in Korea had been on the decline. In this year’s first quarter, Samsung’s two high-end flagships comprised 41 percent of domestically sold Samsung smartphones. In 2018, they made up a much larger 61 percent.

Lower-range Samsung models, on the contrary, saw their combined share increase, going from 35 percent of domestic Samsung smartphones in the first quarter of 2018 to 49 percent this year.


However, Kang pointed out the quarterly decline of 16 percent in the average selling price of phones in the entire January-March season was a significant figure, as it could be an indication of things to come.


“Feature-sets across lower-end devices continue to improve and approach premium levels. Coupled with the economic effects from the pandemic, we are likely to see growth of the ‘affordable premium’ segment not just in Korea, but globally too,” Kang remarked.

The research forecast that the competition among lower-end devices will heat up in the second quarter, with a handful of smartphones priced between 500,000 won to 900,000 won hitting the market in the past few weeks.