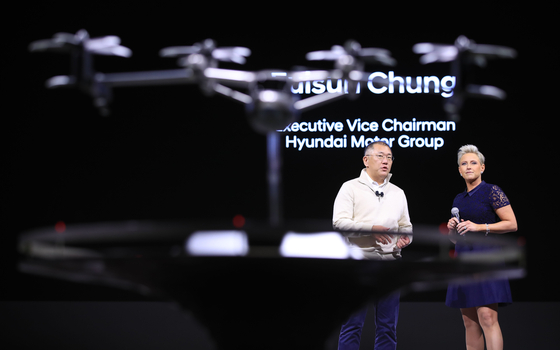 In 2025, passengers arriving at Incheon International Airport will be able to board an airborne taxi instead of taking the bus, the subway or a terrestrial taxi, arriving at Yeouido in Seoul in just 20 minutes, considerably reducing the time it takes to travel to and from the airport.

The Ministry of Land, Infrastructure and Transport on Thursday laid out a road map for next-generation Urban Air Mobility (UAM), which includes the commercialization of airborne taxis.

Included in the road map, which is part of part of the government's innovative growth initiative, is cooperation with the private sector in developing test sites, safety standards and regulatory reforms.

Under the government’s plan, even Seoulites will be able to commute via the “flying” taxi. A seamless service will be provided once getting off the airborne taxi, connecting directly to public transportation or ground mobility services called with an app.

The government estimates that the airborne vehicle service will reduce traveling time and social costs resulting from traffic congestion by 70 percent.

The vehicles contribute to the reduction of pollution, as they will be powered by electricity. In the early stages, a ride on the airborne taxi to cost around 110,000 won ($90) for a ride from Incheon International Airport to Yeouido, which is roughly 40 kilometers.

The government added that once the market expands and autonomous flight systems are widely adopted, the cost will drop to 20,000 won for the same distance, cheaper than an ordinary taxi.

The flying taxis are scheduled to be autonomous after 2035.

The government estimated the next generation airborne transportation will grow into a 13-trillion-won industry by 2040 and will utilize a wide range of future technologies, including software and advanced batteries. The industry is expected to create 160,000 jobs and contribute 23 trillion won in related productions and 11 trillion won in value added.

“We’re right on the edge of the urban airborne traffic, which has only been depicted in movies, becoming reality thanks to technology development,” said Transport Minister Kim Hyun-mee. “[The government] will push for special UAM legislation that puts safety first by 2023 and establish the regulatory foundation for the industry."

In January at the CES in Las Vegas, Hyundai Motor announced its ambition to develop an airborne vehicle. The Korean automaker took center stage when introducing its S-A1 airborne vehicle. With a 492-foot wingspan and weighing 3,125 kilograms (6,889 pounds), it was one of the highlights of the show. At the show, the Korean company signed a partnership deal with Uber to use the airborne vehicle as taxis.

Morgan Stanley forecast the global market for UAMs to reach $1.5 trillion by 2040. Currently over 200 companies, including Boeing, Airbus, Toyota, Audi and Daimler are developing air taxis.

Global commercialization of the vehicles is expected to take place between 2023 and 2025, with growth starting between 2030 and 2035, according to the Korean ministry.