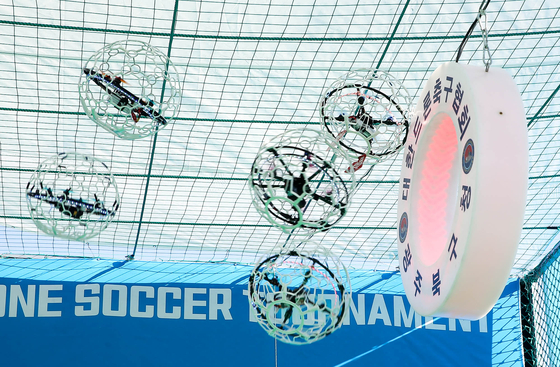 Players compete in the Gwangju Buk-gu District Cup as part of the National Drone Football Tournament at Drone Park in Gwangju on Sunday. In Drone football, one drone on each team -- the striker -- is able to score by flying through the goal, with the rest of the team protecting their striker and attempting to block the opposing team's striker. Each game consists of three sets lasting three minutes each. [JANG JUNG-PIL]