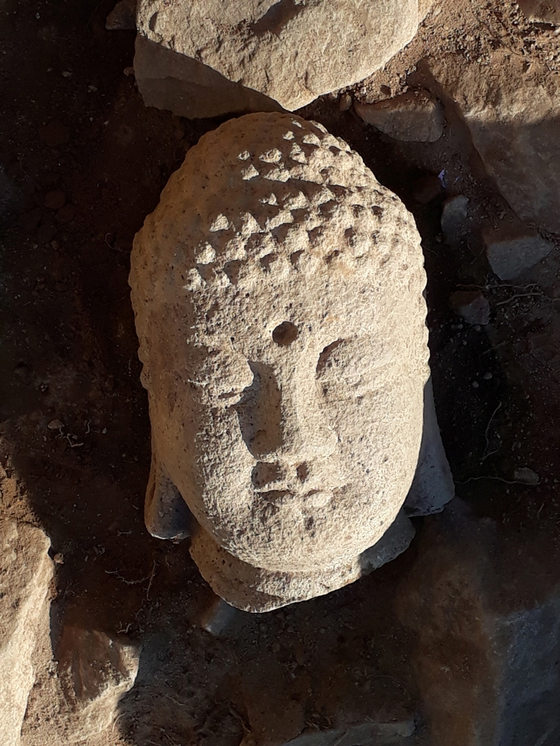 The head of a Buddha statue found in Gyeongju, North Gyeongsang. The statue dates back to the Unified Silla period (668-935). [CULTURAL HERITAGE ADMINISTRATION]

When archaeologists in Korea stumbled upon the head of a Buddha statue in the historic city of Gyeongju, North Gyeongsang, recently, they couldn’t help but marvel at the strange resemblance of the face to the Buddha statue sitting in the Blue House today.

“The face of the statue newly discovered has a striking resemblance to the face of the Buddha sitting in the premises of the Blue House,” Cho Seong-yoon, researcher at Foundation of Silla Cultural Heritage Research Institute, told the Korea JoongAng Daily on Wednesday. “More research should follow. But at this point there are talks that the two Buddha statues may be twins.”

Sitting in a mountainous area of Naenam-myeon of Gyeongju is a stone statue of Buddha that is missing its head. It’s unclear for how long the statue has been sitting there, but researchers pinpoint its origin to the Unified Silla period (668-935). 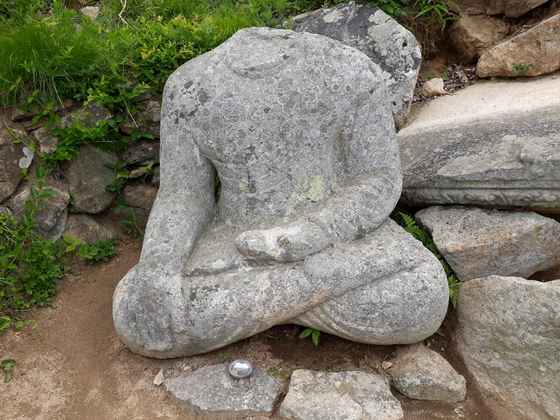 Body of the Buddha statue in Gyeongju missing its head. [CULTURAL HERITAGE ADMINISTRATION]

The research institute, in cooperation with the Cultural Heritage Administration of the Korean government, began examining the area as part of its regular preservation work when they uncovered the missing head of the Buddha, buried underground very close to the statue.

The statue in the Blue House was moved there from Gyeongju during the Japanese occupation of Korea (1910-1945). It was designated a treasure in 2018 for being a well-preserved example of a Buddhist statue dating back to the Unified Silla period. It is being prepared to be moved back to Gyeongju. 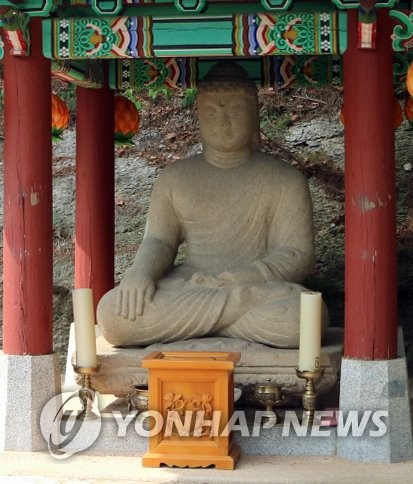 The newly discovered head of the Buddha will be displayed at the research institute from June 10.