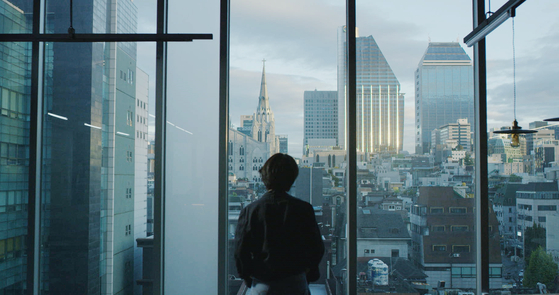 
The film “Ten Months” should be designated as a mandatory part of Korea’s sex education.


This was the first thought that popped into my mind as the credits rolled up.

In director Nam Koong-sun’s first feature film “Ten Months” which was invited to screen in the Korean Cinema section of the 21st Jeonju International Film Festival, an aspiring 28-year-old game developer Mi-rae describes her situation as “chaos” as she deals with an unplanned pregnancy. Korean people consider the average pregnancy term as 10 months, hence the movie's title.

Abortion, marriage, patriarchy, single motherhood, postpartum depression, maternal affection, employment issues and maternal mortality are all crammed into this 92-minute-film, which in chronological order, follows Mi-rae through her pregnancy.

“Do you know how Charlotte Bronte died? She died due to complications from her pregnancy. Back then just having morning sickness was reproached because it was considered as an act that refused motherhood.”

This is what Mi-rae, staring gloomily across the blue sky, rambles to her friend in her sixth month of pregnancy.

“Well then, it’s a good thing that’s no longer the case here,” her friend bluntly replies back.

The film drew similarities to “Kim Ji Young, Born 1982,” which discussed gender inequalities by exploring the story of Kim Ji-young and gave an insight into the lives of Korean women living in contemporary society.


If “Kim Ji Young, Born 1982” talked in general about the lives of Korean women, “Ten Months” dives into specifics as Mi-rae grapples with various obstacles that arise throughout her pregnancy.

Her inner battle about whether or not she should terminate the pregnancy is constantly interrupted — first by the law, then by her boyfriend and family, until it’s too late for her to get an abortion.

The question that she constantly asks herself and the people around her is why should she have a child. Although no one is able to give a straight answer, everyone expects her to know. 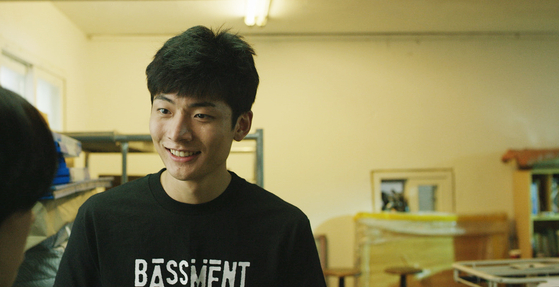 Mi-rae's boyfriend Yoon-hoo (played by actor Seo Young-ju) is delighted upon hearing the news that Mi-rae is pregnant. [JIFF]


The career she devoted years to is destroyed when her boss turns on her after finding out that she’s pregnant.

Mi-rae meets her friend that had previously insisted she wanted a child and had since had a baby, and finds out that she’s knee-deep in postpartum depression as she struggles to juggle both her work and baby.

Her vegetarian boyfriend is no longer recognizable as he’s forced to work in a job that he loathes — at his father’s pig farm so that they can benefit from his parent’s support for the impending baby.

In a surprising turn, Mi-rae decides to raise the baby alone. I found the narrative where Mi-rae suddenly decides to accept motherhood came somewhat out of the blue.

Nevertheless, I would like to give a standing ovation to the lead actor Choi Sung-eun who portrayed Mi-rae, a rookie actor who debuted through the film “Stand-Up” last year.

While I was surprised to learn this was Choi's first time in a lead role, I wasn't surprised when I read an interview in film magazine Cine21 that revealed the film was inspired from the director’s own experience. A film simply cannot be so detailed and vivid without personal experience of the subject matter.

While the genre is not horror, I found the suffocating reality that was portrayed absolutely chilling.

Mi-rae, although fictional, experiences the reality that all mothers go through to varying extents. 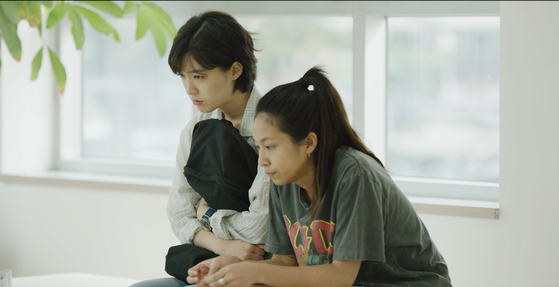 Mi-rae (played by actor Choi Sung-eun) and her best friend (played by Yoo Eden) waiting gloomily for results to come out at the obstetrician-gynecologist. [JIFF]


Much of the information Mi-rae learns about her pregnancy and impending motherhood is new to her and stems from the fact that information related to sex and pregnancy is lacking in Korea.

In my own experience, I remember a vague explanation of the how the sperm and egg would meet and viola, a fetus is formed.

I was never taught about contraception or details about pregnancy, and how it affects and dismantles every aspect of women's lives. As Mi-rae’s friend portrays, pregnancy isn’t even the end—it’s only the beginning of raising a child, which comes with its own litany of difficulties.

"Ten Months" made me wonder how many women are actually aware of all the risks and hardships that come with pregnancy before they become pregnant.

And I truly, sincerely, from the deepest bottom of my heart, hope that this movie can be shown to all youths today before they make a choice that could change their lives forever.