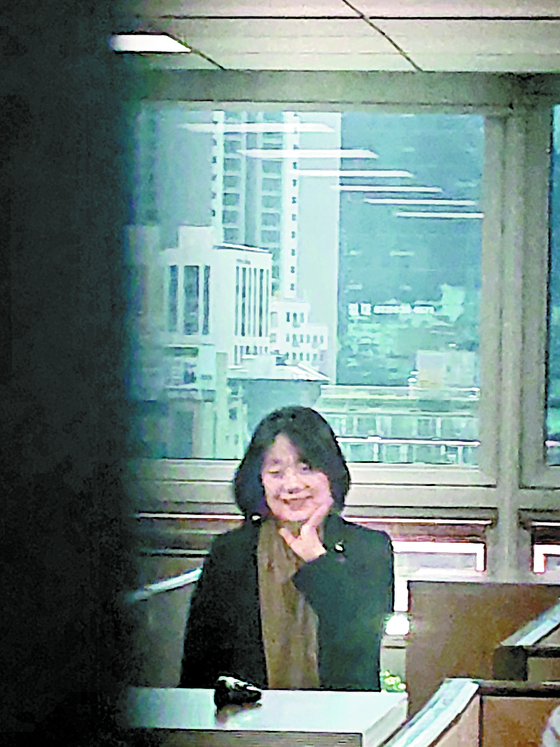 Rep. Yoon Mee-hyang, a newly-elected lawmaker of the ruling Democratic Party, smiles in her office at the National Assembly on Monday. All accusations against her, including her alleged misuse of donations for a civic group led by her, could not stop her from becoming a legislator. [YONHAP]

BY PARK JIN-SEOK
The author is a national news editor of the JoongAng Ilbo.

Legendary investor and co-founder of the Quantum Fund Jim Rogers is an eccentric figure in many ways. He travelled around the world on his motorcycle and in his car and wrote two books, “Investment Biker: Around the World with Jim Rogers” and “Adventure Capitalist: The Ultimate Road Trip.” It is not common to see travel journals that point out the factors affecting the economic efficiency of the places visited.

The impediments include developed countries and NGOs. Their “soulless aids” weaken industrial competitiveness of Africa and hinder economic development. He added that a considerable part of the aid was taken by dictators and intermediaries. He was especially harsh on NGOs.

Rogers wrote that people ride air-conditioned four-by-fours with windows up and live a posh life, residing in luxury housing complexes with security guards at the entrance and watching satellite television. And they explain to poor locals how foolish they are. If aid is canceled, NGOs would no longer get a job in Africa. NGOs have become a big business. Created by corrupt governments and equipped with enormous financial means, NGOs produced many brokers going between foreign aids and corrupt governments. So wrote Rogers.

Rogers exposed the hypocritical conduct of a German NGO that held a luxury meeting at a resort in Malawi and blocked the entry of local people. He claimed that local people felt mortified rather than grateful to NGOs and even called them neo-colonialists.

When the book was published in the early 2000s, the story belonged elsewhere in the world. In Korea, NGOs were praised for criticizing politics and businesses without sanctuary, using “freedom from money and power” as their weapon. But the contemporary mainstream NGOs in Korea don’t seem to be far from what Rogers had criticized, as they are characterized by ambiguous money management, an egoistic nature, flattery towards power and an absence of critical spirit.

As I see the ruling Democratic Party’s lawmaker-elect Yoon Mee-hyang entering the National Assembly, with a plethora of allegations against her, including her alleged misuse of donations for the Korean Council for the Women Drafted for Military Sexual Slavery by Japan, a civic group she headed until her election as a legislator, I feel very sad that courtesy and humility have disappeared in the field.