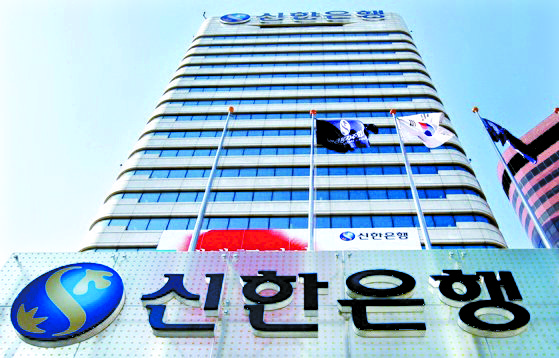 Shinhan Bank and Woori Bank, two major retailers of the now-suspended Lime Asset Management funds, said they would pay compensation worth approximately 50 percent of the principal put down on select suspended Lime funds in a bid to protect their customers.

Lime Asset Management, the biggest hedge fund in Korea that operates more than 5 trillion won ($4.1 billion) of assets, had suspended investors from withdrawing their money from its funds worth 1.6 trillion won, citing liquidity issues.

Woori Bank said Friday that it decided at a board meeting to offer compensation from its own funds worth approximately 51 percent of the principal invested in two Lime funds, Pluto FI D-1 and Tethys 2, where some 260 billion won of Woori customer's money is tied up. Woori Bank had sold 357.7 billion won of Lime funds to its clients, becoming the biggest single retailer of the problematic funds.

Of the sub-funds affiliated to Pluto FI D-1, the AI Premium fund, which has been sold under the total return swap (TRS) agreement, will be compensated with only 30 percent of the principal.

Shinhan Bank also said after holding a board meeting Friday that it will offer compensation worth 50 percent of the principal invested in Lime’s Credit Insured 1 trade fund. Shinhan had sold 276.9 billion won worth of the fund.

Customers who are eligible for the two banks’ preemptive compensation plans will later receive a second payment when the Financial Supervisory Service (FSS) confirms the final compensation ratio.

“Regarding the compensation of damaged investment at distressed funds, there was opposition in and out of the company about preemptively paying back the money to the investors even before the retailer finishes recovering the assets,” said Shinhan Bank in a statement Friday. “However, to protect the customers, management and external board members agreed upon such a decision.”

Woori Bank also said it decided to compensate its customers first as it could take at least 5 years for Lime Asset Management to cash out on its assets to pay back retailers.

Meanwhile, Shinhan Bank, Hana Bank and Daegu Bank, announced Friday that they would not accept an FSS recommendation to roll out a compensation plan for selling controversial currency-linked derivatives, known as knock-in, knock-out (KIKO) contracts.

Under the contracts, mostly sold between 2007 and 2008, exporters agreed to sell dollar earnings to banks at a flat rate. If the won strengthened against the dollar, the companies would benefit, as they’d be able to get more won for their dollar than the actual exchange rate. But if the dollar strengthened against the won — which is what happened in 2008 after the global financial crisis — the companies would miss out on potential profit.