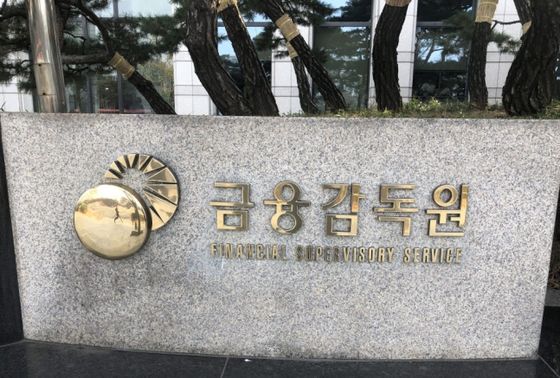 The KIKO contracts, mostly sold between 2007 and 2008, allowed buyers to hedge against currency fluctuations by selling foreign currency at a fixed rate as long as the exchange rate stayed within a pre-set range. Customers were mostly small and mid-sized exporters.

With the global financial meltdown in 2008, the value of the Korean won plunged against the U.S. dollar, resulting in heavy losses for KIKO contract buyers.

Last December the FSS recommended six banks — Woori, Shinhan, Hana, Daegu, Korea Development Bank and Citibank Korea — compensate up to 41 percent of the losses incurred by four companies that bought the contracts. Except for Woori, five banks rejected the recommendation.

“[The FSS] wanted the banks to accept the compensation plan, and feels sorry that most of them rejected it,” Jung Sung-woong, deputy governor of the FSS, told reporters Wednesday.

The watchdog, however, was hopeful on prospects for a soon-to-be-launched consultative body that will help banks decide on their own on a compensation plan.

It said the five banks — Shinhan, Hana, Woori, Daegu and Citibank — have said they will participate in the consultative body.

It said it will hold a meeting on June 12 with five other banks that sold KIKO contracts, but not to the four companies, to discuss their possible participation in the body.

The consultative body will discuss compensation for 145 businesses that lost money with KIKO contracts.

“Compensating four companies at one particular rate might have been seen as a negative factor in terms of enhancing shareholders’ value and doing business in the long term,” Jung said.