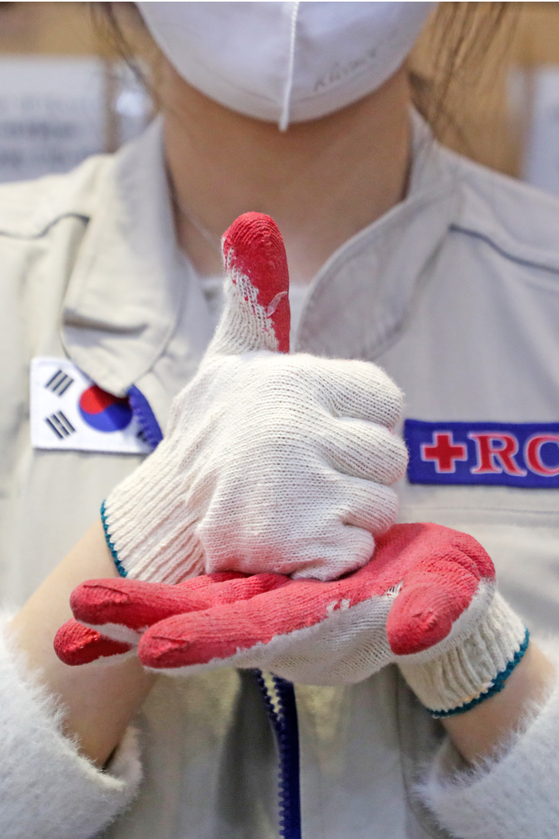 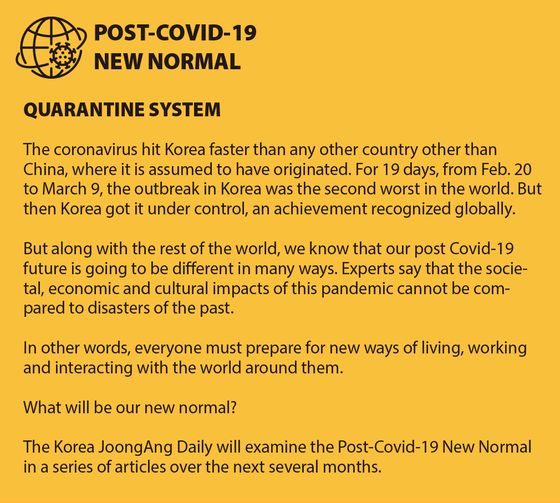 Past outbreaks of SARS, H1N1 and MERS taught lessons the world can now learn

When four nurses tested positive for Covid-19 at the Samsung Medical Center in mid-May, it reminded many in Korea of a national nightmare from five years before.


Samsung Medical Center, or SMC, was the main hot spot for an outbreak of Middle East respiratory syndrome (MERS) that began in May 2015. Within a month, the hospital, one of the nation’s best, had produced the biggest cluster in the outbreak: 85 patients out of the country’s total of 175. Wards at the hospital remained closed for nearly 40 days.

The four nurses tested positive for Covid-19 on May 19. Within 24 hours, the hospital shut down the wards where they worked and traced their recent contacts: some 1,400 doctors, nurses and patients.

All were tested in the next five days and two friends of one nurse tested positive. With no additional cases tied to SMC, its wards reopened by June 2 — just two weeks after the scare began. 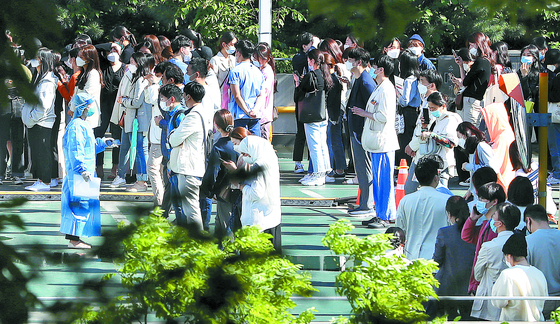 Medical staff at Seoul Medical Center in southern Seoul waiting to be tested for Covid-19 at the parking lot of the hospital on May 19 after four nurses there tested positive earlier in the day. [NEWS1]

“Korea’s quarantine system was not built overnight,” said Kim Woo-joo, a doctor in the infectious disease department at Korea University Guro Hospital. “You have to remember, Korea experienced the severe acute respiratory syndrome (SARS) in 2003, the H1N1 flu in 2009 and then MERS in 2015.” (MERS and SARS are in the same family of coronaviruses as Covid-19.)

In other words, Korea has been living in several post-coronavirus worlds since 2003. As the world tries to envision its post-Covid-19 future, it can look to Korea’s past.

“Different outbreaks were lessons to learn from, and they bought Korea the time to build the system it has today,” Kim said.

The Korea JoongAng Daily spoke with experts in and out of the country about Korea’s evolving responses to viral outbreaks to find out how viable its systems may be in a world changed by the Covid-19 pandemic.


With a trace
When 29-year-old Yu Jin-sil flew in to Incheon International Airport from London on March 29, she was immediately tested for Covid-19 and registered into a pool of people who would be asked to report their health conditions to health authorities for the next two weeks — twice a day.

“Officials stationed at the airport asked us to download a mobile app through which we would be asked to report our conditions twice a day for the next two weeks,” Yu said. “By downloading the app, it also meant that we were giving permission to the government to track our locations. I recall that it was difficult to enter the country if you refused to download the app.”

Like all visitors, Yu was told to go home and stay there for the next two weeks, a period of self-quarantine. Yu couldn’t believe how fast authorities started tracking here — before she even got home.

To detect cases early, authorities started keeping tabs on high-risk people starting in mid-February via mobile applications, which include people flying in from abroad and medical professionals.

Samsung Medical Center found out about the four nurses’ infections within a day because the hospital had all medical professionals report their health conditions twice a day on a mobile app.

Information provided on the mobile application that in-bound travelers are asked to download at the Incheon International Airport to use during their self-quarantine to report their conditions to health authorities regularly. [YU JIN-SIL]

“Over 95 percent of medical professionals have been using the app daily to report their conditions,” an employee of the hospital told the JoongAng Ilbo on June 2.

When health authorities have to trace contacts of an infected person, they rely on credit card transactions and GPS data from the subject’s phone provided by the telecommunication companies.


Changes to the law
When an employee of a call center in Guro District, western Seoul, tested positive on March 9, health authorities tracked down 216 people working for the same company by March 12 and identified 16,628 people who had passed by the building.

The kind of intensive tracing that gives health authorities access to personal information of individuals was legalized in Korea following the MERS outbreak. Korea’s disease control and prevention law was amended in December 2015 to allow intensive tracing during a viral outbreak.

Korea’s intensive tracing would not be effective without immediate and widespread testing, experts said.

“The key in fighting infections is to find the people who are infected and to keep them in quarantine,” Kim of the Korea University Guro Hospital said. “And how would you be able to do that without test kits readily available?”

During the MERS outbreak, Kim recalled, it took health authorities a week to identify contacts and test them. Part of the delay was a bottleneck around testing because the KCDC was the sole authority in developing the test kits and running the test results for the first six months of the outbreak.

“That was problematic, because we had studies that said one infected person can spread the virus to 1,000 others in two days,” he said. 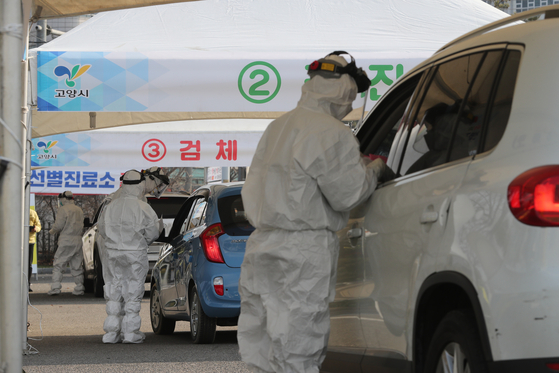 
So the KCDC came up with something different for this outbreak. They invoked a change in the law in 2016 to allow companies to mass-produce test kits faster in times of a viral outbreak.

Then on Feb. 4, when Korea had just 16 patients in total, the KCDC shared the formula for a reagent used in test kits for companies to mass-produce.

“In the normal process, it can take over two years for a company to gain government approval to produce medical products including reagents, if you account for the time needed to develop the product,” said Lee Ji-soo, a spokesperson for Seegene, a local biotech company. “With the fast-track process, Seegene gained approval within around 20 days.”

Seegene, Kogene Biotech and two other companies got licenses to produce the reagents by March 6, just two weeks after the outbreak started taking hold in Korea due to a cluster of infections in Daegu.

Dozens of other companies joined in and soon millions of test kits were being produced, enough to allow for use both within the country and for export. From February to early May, Seegene sold nearly 4 million test kits worldwide, including to Italy, Germany, Israel, Brazil and Spain.


Clusters continue
Korea’s “trace, test and treat” system may have worked so far to help the country “flatten the curve” of its daily new infections and then get them down to almost zero.

Korea’s daily new infections spiked at 909 on Feb. 29 but was brought down to the single digits by late April.

Clusters of infections traced to clubs and bars in Itaewon recently have brought daily new infection counts to 20 or 30, but those numbers are still well below the hundreds that Korea recorded from late February to early March, when it was the second biggest outbreak outside of China. 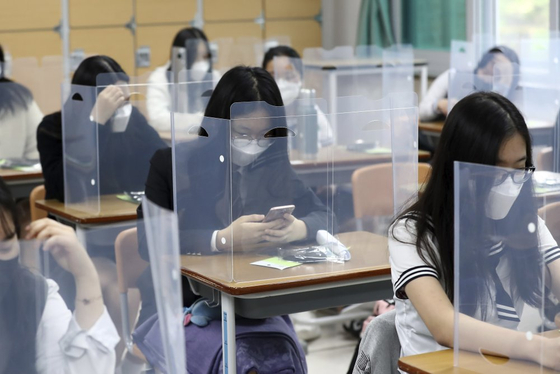 Senior students wait for class to begin with plastic boards placed on their desks at Jeonmin High School in Daejeon on May 20, as schools started reopening for high school seniors that week. It was their first day of class in the Spring semester, originally scheduled to begin in March. [AP/YONHAP]


As other parts of the world battle with hundreds or thousands of new cases every day, Korea’s practices have piqued global interest. Especially since Korea avoided the most extreme lockdowns instituted in many countries.

The World Bank asked the Korean government to share details about its ICT-based approach in containing the outbreak, and reporters flew in to try drive-through test centers when they were an innovation in late February.

“One of the questions we got asked a lot by officials of foreign ministries and non-governmental organization [NGO] workers was how Korea was able to trace and track down the contacts of infected persons,” said Ohk Seung-cheol, who leads a team of volunteers that has since March been translating materials on Korea’s response to Covid-19 into English and other languages, including Russian and Italian.

France adopted a contact-tracing mobile application last month and parts of Britain are mulling over whether to adopt such applications. 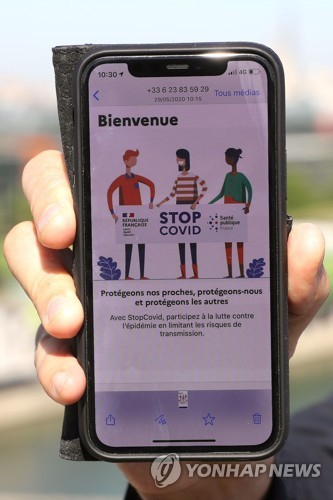 In this file photo taken on May 29 shows the French junior minister for the digital economy holding a mobile phone as he presents the StopCovid contact tracing app at the Ministry of Economy in Paris. [AFP/YONHAP]

Some experts are eyeing such policies with caution, however.

“Every democratic system has a legitimate right to deploy emergency measures when faced with something as extraordinary as the Covid-19 outbreak,” said Kevin Casas-Zamora, secretary general of International IDEA based in Sweden, who has been studying democratic governance for decades.

“The risk here is that those emergency measures become the norm […] and that people see this as a normal price to be paid,” he said.

Recently, internet cafes and clubs in Seoul have started requiring customers to leave their personal information, either on written sheets or by using a QR code on their phones. The Health Ministry is mulling whether to expand such a registration system nationwide.

The KCDC is aware of privacy right concerns about its practices.

“It’s true that when battling infections, we focus more on what is good for the public rather than on individual rights,” said Jeong Eun-kyeong, director of the KCDC, in a press briefing on March 6. “We agree that there needs to be the right balance of the public good and the private good. We will try our best not to make unnecessary encroachments into individual rights of the citizens as we battle the outbreak.”

There has been some backlash over collection of personal information in the name of public health. When some individuals who were at clubs in Itaewon from late April to early May refused to undergo testing for Covid-19, the city government of Seoul assured the public that the tests could be taken anonymously. The same message has been given to illegal aliens who start to feel symptoms. 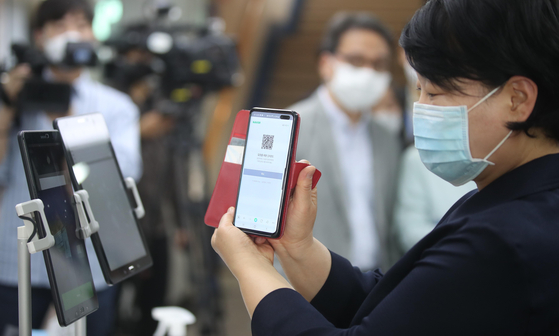 A member of a church in central Seoul is scanning a QR code on her phone before entering the church on June 2 to register her personal information with the KCDC. Similar registration is required at large churches, cinemas, noraebangs (singing rooms) and restaurants in Seoul, Incheon and Daejeon as a pilot program of KCDC to enable accurate tracing in times of an outbreak. [OH JONG-TAEK]

Many people, however, believe surrendering a little bit of privacy is acceptable — a new norm even — for as long as the Covid-19 outbreak persists.

“When one of the employees at work tested positive after going to a bar in Itaewon in early May, we found out the next day, shut down the building and had all employees tested at a local public health center,” said a 30-year-old woman surnamed Jeong who works at a retail business based in southern Seoul.

“Our business is back to normal now and everyone still wears masks in the office, but there is peace of mind in knowing that if another person were to be infected among us, we will go through the same process and that life will return to normal in a while.”

“When the health authorities called us after checking our GPS locations, it did surprise us,” recalls Yu, who was tracked after flying in from London to Incheon Airport. “But it also helped us feel at ease, because it showed that we were in a country where health authorities were in control of the situation.”

A long way to go before normal

'Made in Korea' becomes a must as supply chains collapse