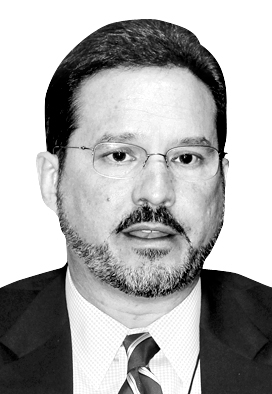 While North Korean leader Kim Jong-un’s reappearance and Pyongyang’s continued work on nuclear weapons has made the headlines in the United States, U.S. policy towards North Korea itself is a non-story right now. Donald Trump and his supporters claim he stopped long-range missile and nuclear weapons tests while his critics say he is ignoring North Korea’s steadily expanding arsenal. Until the U.S. election in November, it does not appear that there will be another Kim-Trump summit or a North Korean nuclear or missile test. As a matter of international diplomacy and domestic U.S. politics, the North Korea issue is at a stalemate.

If Donald Trump is re-elected there will be two conflicting currents in a second term. The national security officials working the North Korea problem in the current administration have generally reflected the mainstream concerns of Congress and outside experts. They remain deeply skeptical that Kim Jong-un has any intention of abandoning his nuclear arsenal or his long range missiles. Assuming some continuity in the senior ranks of the administration — many of whom are former intelligence officers and uniformed military — this more hawkish stance will likely continue into a second term. After breathing a sigh of relief that their candidate somehow survived the politics of the coronavirus, the returned Trump officials will probably begin planning for the second term. They will be very ambitious in gearing up for strategic competition with China, particularly given Beijing’s belligerent and arrogant stance throughout the pandemic, but they probably will not have major ambitions for North Korea policy. They will certainly want to contain North Korean nuclear weapons expansion through a combination of tougher sanctions and diplomacy, but will be unenthusiastic about a third Kim-Trump summit without concrete progress at the senior officials’ level –and few expect any progress.

On the other hand, Donald Trump himself will emerge from an electoral victory with his already considerable self-reverence even more inflated. Having survived impeachment, coronavirus and massive recession, he will be searching for ways to convince the world of his own conviction that he is the most successful President in American history. A president who leaned on world leaders to write letters nominating him for the Nobel Peace Prize in his first term, may very well use all the machinery of the U.S. government to put together a history-making performance on North Korea for his second term, regardless of actual substance or the U.S. national interest. Even Republicans in Congress quietly acknowledge their worry that in a third Kim-Trump summit the President might go for an end-of-war declaration with North Korea and a pledge to withdrawal U.S. forces in exchange for an unenforceable and easily reversible North Korean freeze at Yongbyon and a meaningless commitment to the “denuclearization of the Korean peninsula” (a phrase that means the North will abandon nuclear weapons when there is no possible nuclear threat to them … in other words, never). National security officials will try to steer the President away from this path — as will Tokyo and hopefully Seoul — but in a second term the President will feel empowered to dismiss those who annoy him and to put in place officials who will report what he wants to hear.

This is just one plausible scenario based on President Trump’s ambitions to date, of course. However, it may be that North Korea stays on the back burner as a second Trump administration is consumed with challenges from China and the continuing economic headwinds from coronavirus, though that will depend on Kim Jong-un’s patience.

If former Vice President Joe Biden wins, there will be a return to more “normal” diplomacy with North Korea. While some in the Democratic Party swooned over former Ambassador Chris Hill’s diplomacy with the North during the Bush administration and Barack Obama promised to meet with Kim Jong-il if elected, the Obama administration had a rude awakening with Pyongyang’s 2009 nuclear test and subsequent attacks on the Cheonan and Yeongpyeong Island. The Biden campaign has something like 100 advisors on Asia but the core thinkers on North Korea — like former Hillary Clinton aide Jake Sullivan, former Assistant Secretary of State for East Asia Kurt Campbell, former Biden aide Ely Rattner, and former CIA officer Jung Pak — all share a common skepticism about Trump’s theatrical summits with Kim Jong-un and agree on the need to reinforce U.S. alliances in Asia and force North Korea into real technical talks rather than showy summits.

The issue is how much diplomatic leeway and political capital a Biden administration would have to focus on North Korea in early days. Those advising Biden worry that they will have a huge task restoring American credibility in alliances and international institutions while simultaneously returning to commitments to combat climate change under the Paris Accord and, of course, recovering economically from the coronavirus recession. Hillary Clinton’s campaign expected that North Korea would be one of the greatest challenges and highest priorities as they prepared for governing in the fall of 2016. I do not hear the same urgency about North Korea from the Biden camp today.

Of course, that could change as well. North Korea rarely allows new administrations to relax. My colleague Victor Cha’s research at CSIS indicates that North Korea usually engages in a major provocation within 100 days of a U.S. election. The Obama administration came into office in 2009 poised for summit level diplomacy with North Korea but Pyongyang’s nuclear test that May soured White House political advisors on a summit (they focused instead on Iran and Cuba, where they thought there was a better chance of progress).

If North Korea welcomes a Biden administration with a nuclear test, the new national security team in Washington will have its first major crisis. In that scenario, the focus would likely be on consolidating alliance solidarity and increasing sanctions pressure on North Korea and not a Trump-style rush to summitry. Indeed, a Biden administration’s China policy would likely be shaped by such a provocation, since the instinct in the NSC and State Department would be to seek Chinese help pressuring Pyongyang.

So what will Trump or Biden do? As always, it will depend on North Korea.