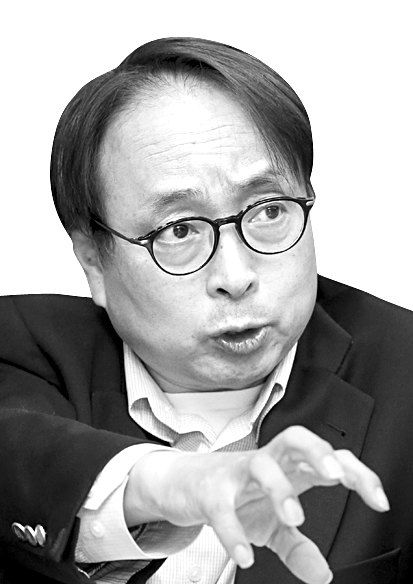 Kim Hyung-joon
The author is a professor of political science at Myongji University.

Intoxicated by power, the ruling Democratic Party (DP) is walking on a dangerous path. Keum Tae-sup, a former lawmaker of the DP, recently faced punishment from the party’s ethics tribunal for having abstained from a party-line vote to approve a contentious bill establishing a new investigation agency for senior public servants. DP Chairman Lee Hae-chan defended the decision, stubbornly insisting that the party line must be respected at all cost.

The DP’s decision to punish a lawmaker for acting based on his beliefs shows that the party has given up on being a democratic party. Most of all, it is a dictatorship to infringe on the belief and conscience of a lawmaker. The Constitution’s Article 46 states, “Members of the National Assembly shall give preference to national interests and shall perform their duties in accordance with conscience.” Clause 2 of Article 114 of the National Assembly Act states, “Any National Assembly member shall vote according to his or her own conscience as a representative of the nation, without being bound by the intention of a political party to which he or she belongs.”

The National Assembly is a consultative body in which elected representatives with equal power create binding laws governing the society. Enforcing a party-line vote on a lawmaker — an independent constitutional body himself — and punishing him for voting across party lines is against the principles of democracy.

On May 31, 2017, all Liberty Korea Party (LKP) lawmakers walked out from the voting session to protest the motion to name Lee Nak-yon as the prime minister. But Rep. Kim Hyun-ah, an LKP member, remained and voted for him. At the time, the DP praised Kim as a politician with conviction. It is treacherous for the DP to praise another party’s lawmaker for voting against the party line, while punishing its lawmaker for the same. 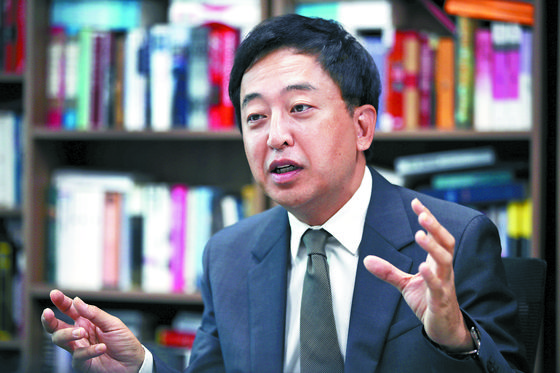 Former ruling party lawmaker Keum Tae-sup is interviewed by the JoongAng Ilbo at his office in the National Assembly in May. He was censured by the Democratic Party for voting across party lines in 2019 over a DP-proposed bill establishing an extraordinary law enforcement body separate from the prosecution to investigate high-level officials, including judges and prosecutors. [OH JONG-TAEK]


By penalizing Keum, the DP violated its own identity and philosophy. The DP always argues that it upholds the philosophy of late President Kim Dae-jung. The National Assembly’s clause mandating a free vote was introduced in 2002 by the DP’s predecessor, the Millennium Democratic Party, during the Kim administration. It was introduced to end the practice that the lawmakers are working as a rubber-stamp organ of their party.
Ahead of the December 2012 presidential election, then candidate Moon Jae-in pledged that he will refrain from enforcing a party-line vote and allow democratic decision-making inside a party. The DP’s constitution and regulations do not say that voting against a party line is a reason for punishment. The DP’s manifesto says it will reflect diversity and realize a party democracy. Punishing Keum is a bad action oblivious of Kim Dae-jung’s philosophy, ignoring Moon’s idea of political reform, and violating the party’s constitution and regulations.

As we have seen in the past, the National Assembly is destined to face a paralysis when the party lines of the ruling and opposition parties clash over a sensitive political issue. The legislature often turned into a circus. When a ruling party with an overwhelming majority becomes obsessed with a party-line vote, the tradition of self-restraint — and mutual respect — will be destroyed and the parliamentary democracy will collapse. In order to escape from the temptation of a parliamentary dictatorship and prove itself as a democratic party, the DP must withdraw its punishment of Keum.

Forcing lawmakers to vote in line with a party line is a wrong practice, and it is an evil that must be eradicated. When you leave window cracked open, you invite crime. Likewise, a small problem, if left unattended, evolves to a bigger problem. If the DP maintains its punishment against Keum, beliefs and conscience will disappear from the party. It will be a prelude to a gloomy future of the National Assembly where oppressions and punishments will dominate.