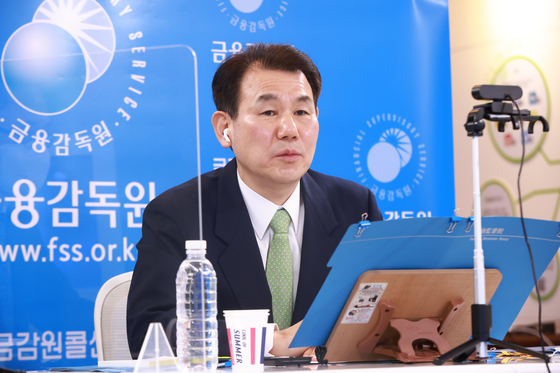 
Financial Supervisory Service (FSS) Governor Jeong Eun-bo said that the institution's focus will be on preventing financial wrongdoings rather than on punishments after the fact, while he dismissed concerns that his relatively market-friendly approach means weak oversight.

"Being market-friendly does not mean the FSS will be loosening its watch over companies," Jeong said during a year-end press briefing Tuesday. "Consumer protection cannot be complete only depending on punitive measures — preventive and punitive measures must be balanced."

While Jeong started meeting with heads of financial companies after his inauguration in August, he said strengthening communications with companies proactively could help the FSS play a bigger and better role as a financial market supervisor.

Jeong defended the regulator's treatment of executives who led institutions found to have too aggressively sold financial products.

Civic groups criticized the FSS after it excluded former Hana Bank chief Ham Young-joo from a reprimand list in July, while other Hana Bank executives were on the list for the overenthusiastic marketing of an Italy healthcare fund between 2017 and 2019 when Ham was the CEO of the bank. The fund's collapse left investors with an estimated 110 billion won ($92.3 million) of losses. Ham is currently co-vice chairman of Hana Financial Group. 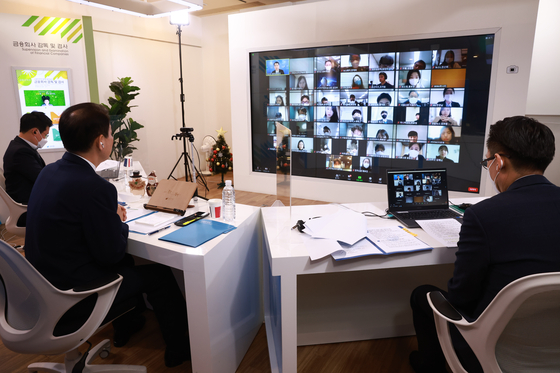 Civic groups counter that absolving someone of one wrongdoing just because they have committed another previously makes no sense.

"This was decided before I took office, but based on my understanding, the FSS has made the decision based on past cases and legal principles," Jeong said, emphasizing his institution will continue to base its decisions strictly on legal principles.

As for the rising interest rates stressing household balance sheets, Jeong said that the institution will look into the widening gap between deposit rates and loan rates.

"It is not right, and actually impossible, for the government to affect rate-setting decisions," Jeong said. "What we are monitoring is the loan-deposit margin, and if the gap becomes excessively wide, we will have to take some measures to fix the problem."

According to Jeong, it is natural for both deposit rates and loan rates to rise based on base rate increases by the central bank, but if loan rates are growing much faster, then it's helping financial companies and costing indebted households.