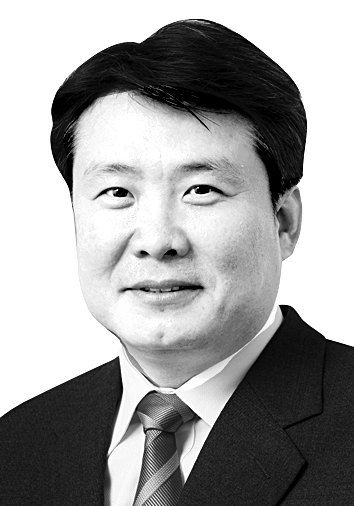 
“We have no fear of North Korean nuclear bombs or a new coronavirus. We are a country of the one-and-only Moon Jae-in. Our president will solve every problem. We just have to have faith and wait.” This post on the internet was headlined “South Korea has Moon Jae-in instead of nuclear weapons.” It spawned a lengthy chain of comments: “How many nuclear bombs is he worth?” was one. “I am so happy I live in a country of Moon Jae-in,” read another.

Fans of Moon sing the “Moonlight Sonata.” Since a pro-Moon prosecutor played Dvorak’s “Song to the Moon” from the opera Rusalka on the piano, odes to “Moon” have become popular among Moon aficionados. “North and South Joseon are one. In the North, there is the Sun of the people and in the South, there is the Moon of the people,” reads one lyric.

Such an enthusiastic fan base is a distinctive feature of the Moon administration. Once an administration passes the halfway mark of a five-year presidential term, the Blue House can be ignored and slip into the lame-duck syndrome. One president admitted he felt like he was living in a secluded temple.

But President Moon remains at his peak, or even mightier. There is another distinction from past presidents: he uses his might to bolster his popularity with contributions from the national coffers. Amid a dizzy stretch of fiscal expansion, Korea’s national debt has surged by more than 100 trillion won ($84 billion) in just six months.

Popularity and money may be connected. Even the older population who used to be distrustful of liberal presidents are now speaking ill of past conservative presidents. They lash out at Lee Myung-bak and Park Geun-hye for “using up the budgets for themselves, not for the people.” Money speaks, as proven in the ruling Democratic Party (DP)’s landslide victory in the April 15 parliamentary elections after the government announced it would be shelling out handsome relief grants to every household to help it fight the Covid-19 pandemic.

The race to spend has begun. In a dramatic turn, the conservative opposition United Future Party (UFP), which was nearly wiped out in the recent election, is considering a basic income policy as a key part of its agenda. The conservatives no longer criticize the liberal government for stretching the ratio of debt to GDP beyond the internally-set Maginot Line of 40 percent. The DP will go far beyond the opposition whatever card it plays. A state think tank said the country can afford at least two more rounds of supplementary budgets. Some DP lawmakers are even floating the idea of handing out a second round of emergency relief grants. The bold usually win in the race for populism.

Emergency relief grants are somewhat understandable and justifiable. But why do we need the issue of a guaranteed basic income now? Governments currently studying basic income advocate the option of regular cash handouts in order to rationalize inefficiency in various social security programs and save long-term cost. But that is not relevant to Korea. All heavyweight politicians have their eyes on the next presidential election. Any future beyond election day is of no interest to them.

After the worst pandemic in modern history wreaked havoc on the global economy, governments must spend to minimize damage. Korea may not be entirely motivated by elections. But we will face a bigger problem if relief funds or basic incomes are profligately spent by the government — and then profligately spent by the recipients on, say, beef dinners that send the price of meat up. Moon said he was touched to hear that a breadwinner had used his relief grants to buy meat for his family. But Covid-19 is not the lone reason why many families cannot afford meat for the daily dinner table.

The Battle of Adrianople is often believed to be the start of the fall of the Western Roman Empire. The Eastern Roman army was defeated by the Goths and ended in the death of the emperor. In the 2013 book “Balance: The Economics of Greater Powers from Ancient Rome to Modern America,” economist Glen Hubbard of Columbia University attributed the demise to excessive spending and economic imbalances. All the powerful states from the Ming Dynasty to Spain crumbled not from outside pressure but from internal problems. The pattern persists today in Latin American and southern European countries.

By now, someone should be asking if we will be OK. But politicians pay little heed as they zoom up the left lane and go on a spending spree, because that helps them get votes and makes people happy. As an unseen farce is being played out in this volatile world, people are laughing. Who would not, especially when tickets to the show are free?