A lack of functionality leads to limitless boundaries

A lack of functionality leads to limitless boundaries 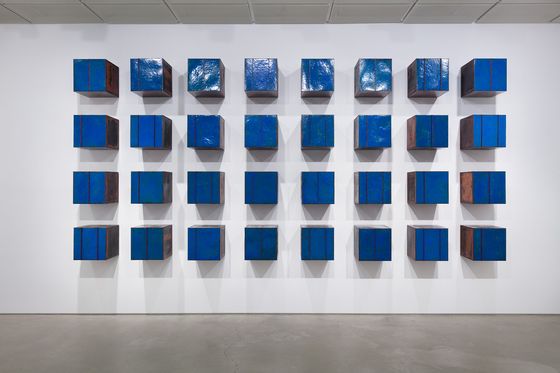 While they could be mistaken as just cute pieces of furniture, don’t be fooled — each chair is an artwork that costs millions of won, hand-made by designer and artist Lee Kwang-ho.

Lee has proved himself as a genius designer both in and outside of Korea, and now at Leeahn Gallery Seoul, he presents himself purely as an artist.


The 38-year-old has held multiple exhibitions in and outside of Korea since he graduated from Hongik University’s department of metal art and design in 2007. Mostly known for his furniture and lighting design, Lee was given multiple awards for his originality, especially his unique play with different materials. 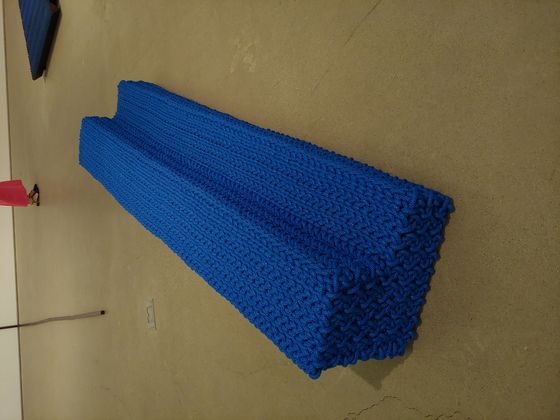 
“Composition in Blue” is Lee’s first solo exhibition since he’s defined himself as an artist and taken a step away from his work as a designer and with that the necessity of function for his pieces.

According to Lee, what the world labels him is not what defines him or his work.

“I don’t think there’s really any meaning in asking whether it’s design or art,” he said. “I don’t even think we need to divide them. I just focus on the material and try to communicate with it. The end result could be furniture or it could be a sculpture – it could be anything.”

For Lee, he starts out every piece by working to understand the material he's using to the fullest and pushing its boundaries where they've never been pushed to before.

That was the case with the nylon-wire knitted chairs that are in AmorePacific and also on display at Leeahn’s exhibition. It was also the case for the red copper sculptures he created just for this exhibition.

All works take on the overall blue vibe, which he says is the color of “change.” He sculpted the copper pieces, then covered them in melted blue enamel which was created in a furnace that goes up to 800 degrees Celsius (1,472 degrees Fahrenheit), giving them an eerie worn-out vibe.

“Blue is the color of dawn — it’s neither night nor morning, and it’s always changing,” he said. “With works that require a purpose, there were certain boundaries like, people need to be able to sit on them or a light needs to be placed inside it. But for this exhibition, I worked completely without any limits.”

The exhibition will be held until July 31.