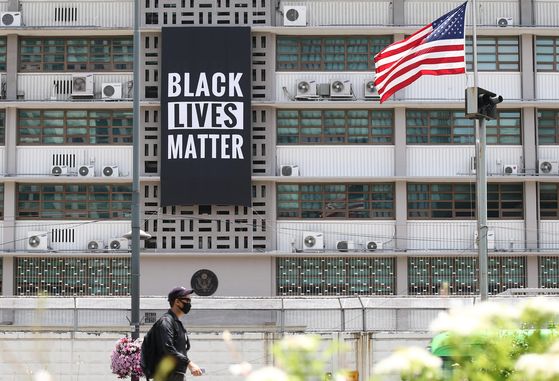 A banner supporting the Black Lives Matter movement and the fight against racial injustice and police brutality hangs from the U.S. Embassy in central Seoul Sunday. The U.S. Embassy tweeted Saturday that it ’stands in solidarity with fellow Americans grieving and peacefully protesting to demand positive change." The Black Lives Matter movement has exploded in the United States after George Floyd, a 46-year-old African-American man, was killed by a Minneapolis police officer on May 25. [YONHAP]

Emmett Till images have multigenerational impact on artists