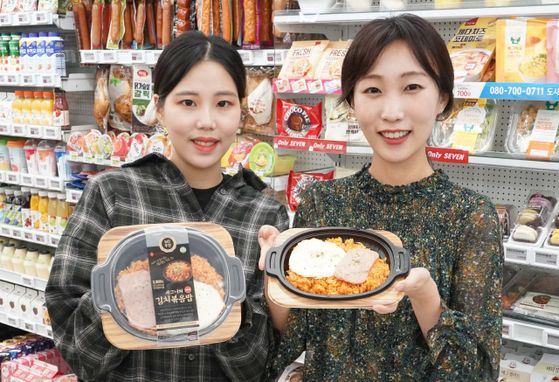 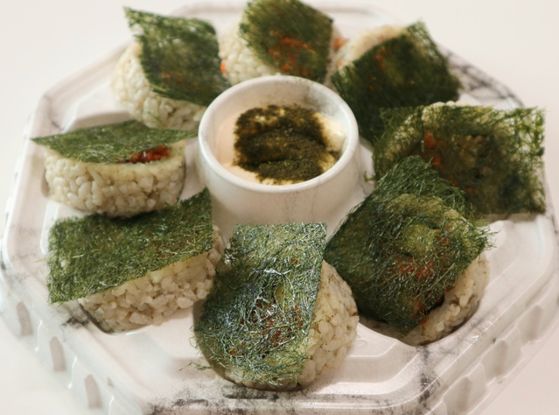 CU has launched the most expensive Wando abalone gamtae gimbap in the 30-year history of convenience stores. [CU]

The CU chain launched the most expensive gimbap (seaweed rice rolls) in the 30-year history of convenience stores last month. Wando Abalone Gamtae Gimbap is made from top-quality Korean ingredients, including gamtae, a type of seaweed from Seosan in South Chungcheong; abalone from Wando in South Jeolla; and the Shindongjin variety of rice harvested from Honam plain, the nation's granary. Its selling price of 8,900 won is more than four times the price of an average gimbap, which is around 2,000 won at convenience stores. 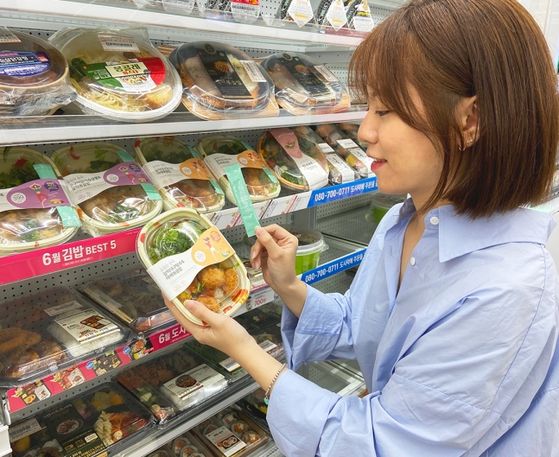 For GS25, sales of rice bowls have increased 36.1 percent since the launch of premium rice bowls.

"Consumers are enjoying our gimbap made with high-quality ingredients that were not easily found at convenience stores,” Kim Jung-hoon, head of BGF Retail's product development team, said. BGF Retail runs the CU chain.

Sales of lunch boxes at convenience stores have been soaring since last week because of the opening of elementary and middle schools, which had been postponed due to the coronavirus crisis.

According to CU's analysis of sales trends near schools and hagwon (private cram schools), sales of gimbap have increased 44.9 percent since the opening of schools compared to last year between May 20 and June 10.

"As elementary, middle and high schools opened, commercial districts around the school are gaining vitality," Lim Min-jae, head of BGF Retail's sales planning team, said. "Now that emergency disaster relief funds can be used, the number of orders for major products has increased 1.5 to 2 times compared to the previous month."

Wine and convenience stores pair well together it seems