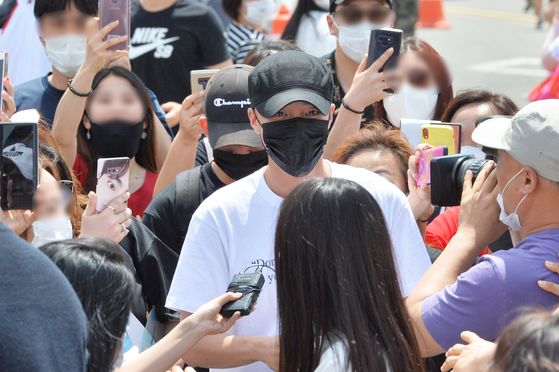 Singer Roy Kim enters the training center for the Marine Corps in Pohang, North Gyeongsang, on Monday as his fans wave goodbye. The 27-year-old singer applied for the Marine Corps in March, after being embroiled in controversy over his involvement in singer-and-entertainer friend Jung Joon-young's sex video distribution case. Kim was let off with a warning after a police investigation last year. [YONHAP]