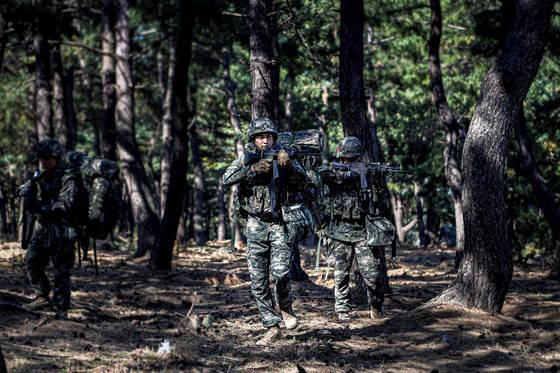 SHINee's Minho participating in a drill at the Republic of Korea's Marine Corps. [SM ENTERTAINMENT]


SHINee’s Minho, who is currently serving his mandatory military service in the Marine Corps, made headlines Wednesday for deciding to forgo his vacation, which would have allowed him to be discharged 20 days early. 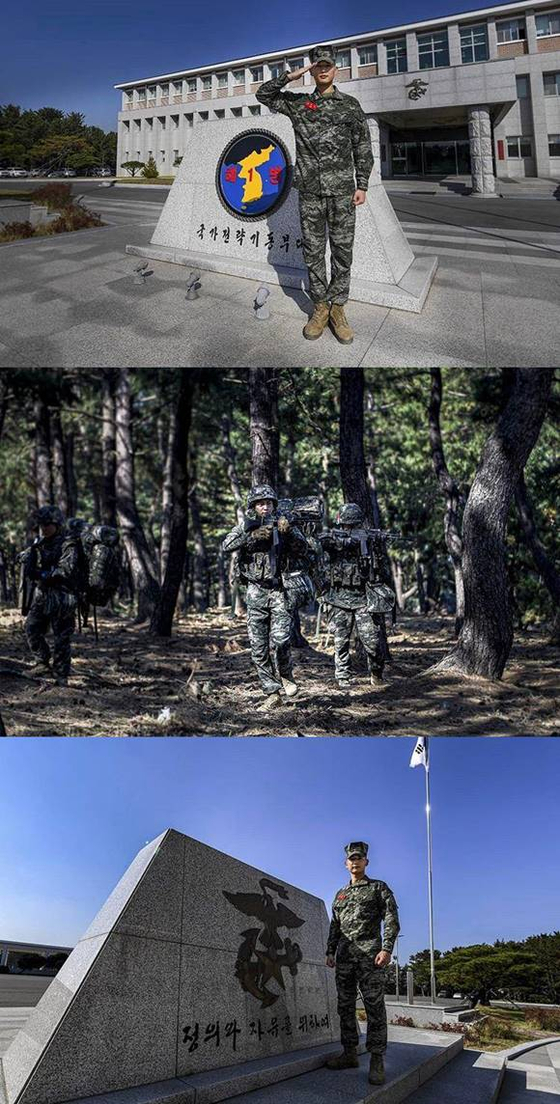 
The Republic of Korea’s Marine Corps recognized the K-pop singer as an “exemplary marine soldier” for his decision to fulfil his duty until the very last day by giving up his granted vacation.

Minho could have been discharged from his service on Oct. 27 after the decision was made to allow early discharge for soldiers who choose to use up their leftover vacations days due to the coronavirus.

However, he decided to stay until the final day, which is Nov. 15, and participate in the Marine Corps’ upcoming defense drill.

The Republic of Korea’s Marine Corps posted the announcement on its official social media channels on Wednesday along with several photographs of Minho training and said that he has made such a decision to “hand down all the skills he’s acquired to fellow soldiers who are joining the Marine Corps.”