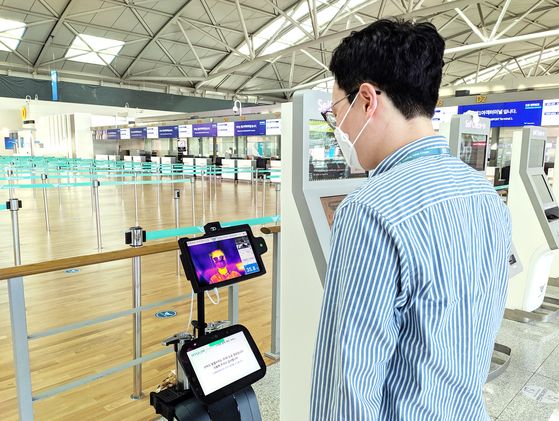 A volunteer tests a thermal screening robot at a departure terminal at Incheon International Airport on Monday. The Incheon International Airport Corporation on Monday announced it has set up thermal screening robots and kiosks where travelers and visitors can take their own temperature at both terminals. The robot automatically alerts the airline if a passenger’s temperature is high, while the kiosk sets off an alarm. In the second half the airport plans to install a robot that detects whether a person is wearing a mask or not. [YONHAP]