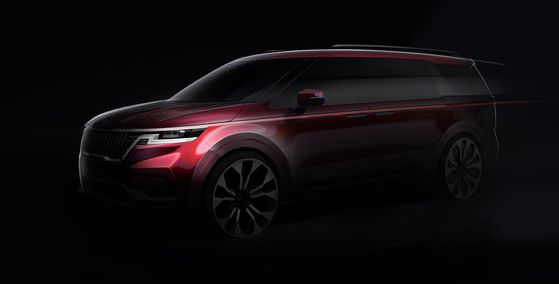 Kia Motors released a rendering of its fully revamped Carnival minivan on Thursday. It is the first full revamping of the vehicle in six years, though no additional details were provided and no release date was announced.

The fourth generation of the minivan is maintaining the signature grille, but is said to be more stylish and built with a sense of agility.

Kia Motors explained the new version has undergone a major overhaul in its design in order to not only attract its existing customers but also those of sports utility vehicles, a sector where demand is rising lately.

Carnival was first released 1998 and more than 2 million units have been sold worldwide. While the vehicle has done well domestically, it has been struggling in overseas markets and is facing strong competition.

The latest generation is expected to go on sale in Korea in the latter half of the year.