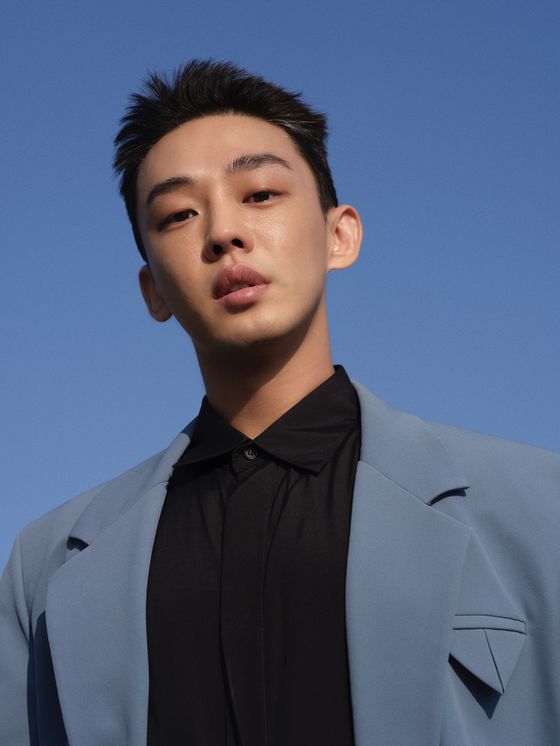 
You're without Wi-Fi or internet and have absolutely no other means of communicating with the rest of the world while trapped inside your own home, alone, during a massive epidemic.


What would you do?

While this hypothetical situation may have seemed completely unrealistic at the beginning of this year, after the outbreak of the coronavirus, its not so hard to imagine.

The upcoming film “#Alive,” which premieres on Wednesday, aims to answer this question with the portrayal or a character called Joon-woo, an ordinary young man struggling to find a way out of a mysterious plague that transforms people into a zombie-like state.

Joon-woo, who is played by Yoo Ah-in, responds to suddenly being trapped in his own home, shielding from the outside world that is brimming with zombie-like infectees, as any other boy in his 20s would do: he panics, cries, is unorganized and spontaneous without any thought-out plan on how to stay alive.

His latest role comes after a series of iconic characters including the tragic Crown Prince Sado in “The Throne” (2015), mentally-unstable Cho Tae-oh in “Veteran” (2015), and lovestruck Seon-jae in JTBC drama series “Secret Affair” (2014).

“How I look at roles and scripts has changed over the last past five years,” the actor said during an interview with the press last week at a cafe in Samcheong-dong, central Seoul. “Well, actually how I chose my roles was always a bit random, but I cut myself a little more slack — so what if I don’t get to play a big part [in a film] or if my characters lack charisma? Or they’re not as cute or not as attractive? Now, I’m able to make my decisions [about my role] in a more laid-back manner.”

From how he was drawn to “#Alive” to bigger questions such as what does “being alive” mean to him, the actor answered honestly without any hesitation. The following are edited excerpts of the interview.


What attracted you to the script?


Although the genre of the film is fiction, there was a lot that the actor had to do. “#Alive” isn’t the kind of film where narrative dominates the screen and the characters just simply “exist.” It is the kind of film in which the power of the narrative and the complexity of the characters co-exist, and it broke down the previous stereotypes that I had about this genre of films.
It is meaningful because I got to talk about life. Although we didn’t intend for it, the film’s situation somehow overlaps with the current pandemic, and in this era where people are isolated and cut off [from each other], the film offers them the chance to think about what surviving means, what life is, what does it mean to co-exist together. 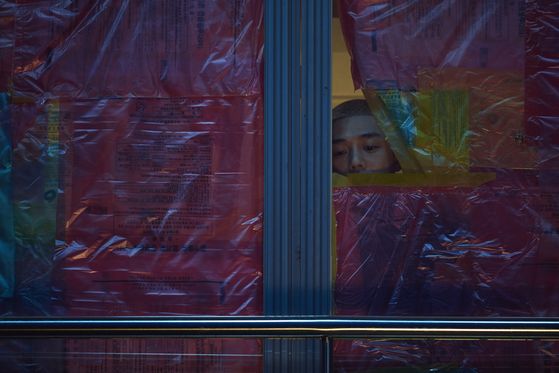 Scene from the film. Joon-woo (played by Yoo Ah-in) peeks through a window to see what's happening outside. [LOTTE ENTERTAINMENT] 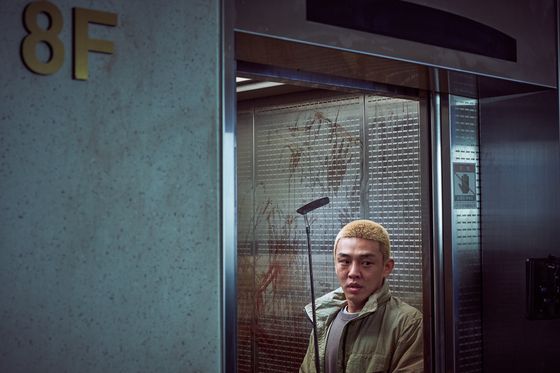 Joon-woo musters up enough courage to venture outside. [LOTTE ENTERTAINMENT]


What made you decide to take on the role of a somewhat ordinary character?

Before, I was chasing roles and scripts that were solemn, deep and intense, but after playing plenty of those roles I've become more relaxed.
The thought just naturally came to me that it was okay to portray characters that were less powerful, more comfortable, less charismatic or who's presence was felt less on screen. I’ve depicted multiple layers of humanity through “Punch” (2011), “Tough as Iron” (2013), “Secret Affair,” “The Throne” and “Veteran,” and I’ve received so much love and attention from the public through my two or three iconic roles. But I thought Joon-woo gave me a chance to break the image people have of me.

Was there any momentum that triggered that?

Well, on social media as well as in real life, I could feel that people were intimated by me, which became especially apparent after “Veteran” came out. I think it was all mixed up — as I became more successful, there were those who grew uncomfortable around me, without any actions on my part. At one point I was hurt by that, but it was something that an actor has to live with, and I wanted to find a way to reduce that distance.
Especially for “#Alive,” I wanted to interact more comfortably and frequently with the audience.

Is that why you decided to feature as a guest on the variety show “I Live Alone” in MBC?

I’ve been wanting more opportunities to show myself to the public, but I can’t just come out randomly. I needed some sort of justification, and “#Alive” offered me that chance. Since Joon-woo is already someone who’s funny and sociable, it just came naturally for me to challenge myself in a new field.
I think before I had this obsession that actors should stay away from variety shows. It didn’t feel right to reveal so much of my life to the public. But now I feel that’s old-fashioned, especially in this era and age [where communication is key]. I felt that I could excel in both areas, and that sets a new precedent. 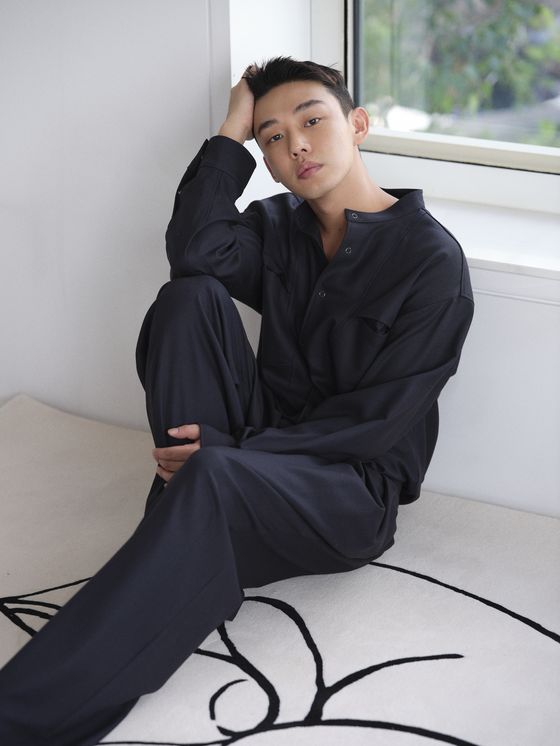 
Are there any other challenges that you have set yourself?

There are no specific goals, but there’s no doubt that I’m going to keep trying out new things, whatever they may be. Challenging myself was my tactic for growth and the choices that I made allowed me to sleep well at night — in other words, for me to live a life in good conscience. [In the past] I thought that something was bound to go wrong if I took the easy road. Maybe it was just my work ethic, but as an actor, I felt I should always be challenging myself, taking on hardships, be fresh, original — and I think I was for a while, I became obsessed with that.
Nowadays, I don’t think I am as besotted as before, but I’m still fearful that I won’t be up for a challenge when the opportunity arises. When I was younger I defined myself by taking head on whatever hardships came my way, but now — I don’t know, maybe its because of age? — I feel that I’ve grown wary, calculating my priorities before I take on a challenge. But I don’t think I’ve changed fundamentally. By lowering my prior standards, I think I’m living more randomly, like my stream of thoughts, but I’ve become more comfortable and free because I’m no longer confined to those conditions anymore.

What are the things that make you feel alive?


I think we should continuously strive for the feeling of being. I think films are one of the important stimulus to remind us of that feeling.
The moments when I feel most alive are when I’m in love, whether it’s my mom, dad, friends, lover — no other emotion is powerful than that. [When I’m in love] it’s like I just really want to live rather than just feeling that I’m alive (laughs). 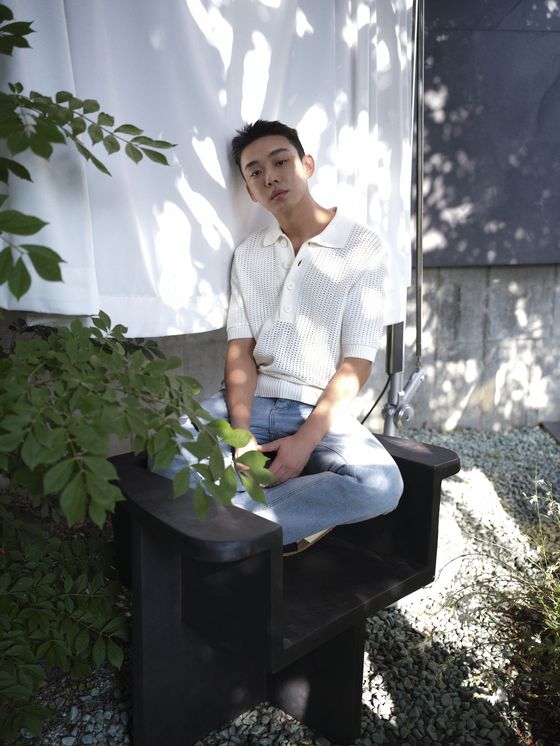 
Are you worried about the film’s commercial success in the midst of the pandemic?

Of course I’m worried, but at least I do have a very good excuse if the film fails (laughs). But I hope that [like rest of the organizers in the industry hopes for] this film becomes a breakthrough for the moviegoers to again stream into cinemas. But if not, we’ll face the consequences accordingly.