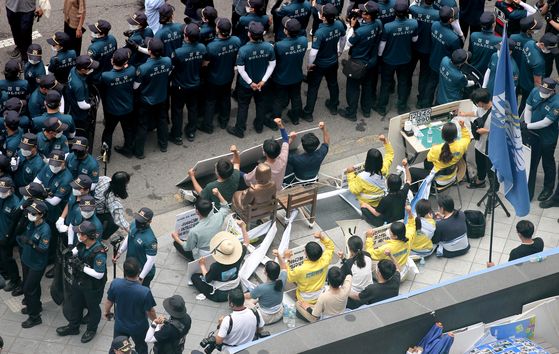 A group of college students stage a sit-in protest, tying their bodies with the Statue of Peace, to protect the symbol of victims of sexual slavery by the imperial Japanese military during World War II, near the Japanese Embassy in Seoul on Tuesday. Another group also staged a rally demanding the removal of the statue. [YONHAP]

statue of peace girl protect the statue removal of the statue