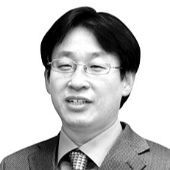 
An extraordinary phenomenon can be found in the business news section. Readership of real estate articles has surged. Online real estate articles draw over 1 million page views. It is unusual for a news article to be read by 1 million. That number means one out of every fifty Koreans have read it.

The internet brims with such news. The fact that such a great number of people read a particular article from a certain publisher shows the extent of the interest in real estate affairs these days. They overwhelm reports on coronavirus and North Korean developments, not to mention political and social news.

The hoopla has intensified after the government announced a new set of measures to clamp down real estate speculation on June 17. The keystone of the latest action aims to stamp out home purchase except for those to end users and toughen regulations on redevelopments. Buying a second or third property collateralized by rent loans became impossible. The so-called “gap investment” has gained popularity to build wealth by purchasing homes whose lump-sum rent deposit nearly equals their market price and sell them back when sale value rises. The investment can generate easy and handsome returns as it does not require big money to buy an expensive home.

The measures however have made it more difficult for those who are looking for homes to live in. For ordinary citizens, one takes out loan to live in a rental. He or she saves whatever they can, and when they reach a certain amount, they take out a mortgage to apply for a new apartment or buy openings in an affordable neighborhood.

Under new government regulation, that norm is no longer possible as only the cash-rich can now buy homes. Citizens complain that the government has cut off the ladder for home mobility. One family father in his 40s wrote on the Blue House citizen petition page why he has been categorized as a real estate speculator just for wanting to buy a house.

Polls show President Moon Jae-in has failed in economic policy. North Korean policy has recently topped the list of reasons for disapproval. Before North Korea turned belligerent, economic affairs was cited as the worst area of presidential performance. The volatile real estate and job markets are the biggest reason. Since Moon took office in May 2017, his government trotted out real estate measures 21 times, which would make one in every two months. This suggests each measure’s effect could not last for more than two months. Home prices in Seoul soared as much as 52 percent over the last three years. Many who had believed in the government’s pledge to stabilize prices no matter what are kicking themselves for believing in the government.

The fragile economy has been hit hard by the coronavirus epidemic. Exports have slumped, and consumer sentiment has soured. Applicants for unemployment benefits have reached all-time high. Yet apartment prices have skyrocketed. The wealth inequalities have deepened.

Some point to excessive liquidity. Governments around the world have been pushing interest rates to near zero levels and pumping in liquidity to stimulate the virus-battered economies. The money chasing returns are turning to the real estate market. Yet it has not been funneled into the stock market. The Kospi was 2,270.12 when Moon was inaugurated three years ago. It closed 2,131.24 on Tuesday, off 6 percent from three years ago. The excess liquidity has fuelled runaway housing prices instead of simulating corporate activity and economy.

Money is concentrated in real estate because of a distrust of public policies and past experience. The market has learned that measures aimed to suppress demand cannot last. In the longer-term, home prices soar as the result. It is why the market stays unfazed despite repeated government warnings.

The government has entered the final round of its five-year term. All the key agendas — inter-Korean relations, the cleanup of corruption, and economic recovery — are still in the air. The government no longer has much time, resources and abilities left. The government cannot do everything. It must be selective and focused. No president can be deemed successful if livelihood has not improved. Time is no longer on the president’s side.