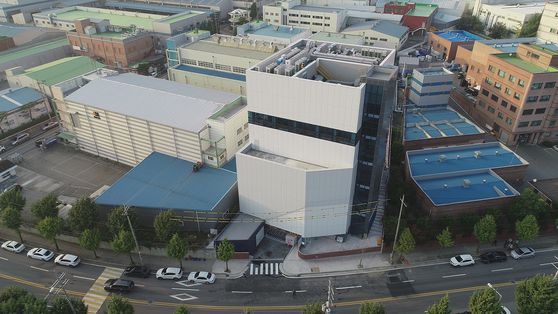 
Merck, a technology company based in Darmstadt, Germany, has opened a new research center focusing on developing materials used in the polishing of semiconductors after investing more than 35 billion won ($29 million), the company announced Tuesday.

“The technology center accelerates the research and development of advanced CMP slurries and post-CMP cleans to support Merck semiconductor manufacturing customers in the region,” Merck said in a statement.

CMP stands for Chemical Mechanical Planarization, which refers to a polishing process that removes unwanted conductive materials on silicon wafers.

“Korea is an important innovation and production hub for Merck. We have invested more than 35 billion won to complete this technology center and expand our capabilities,” said Anand Nambiar, Global Head of Semiconductor Materials within Merck Performance Materials in the statement.