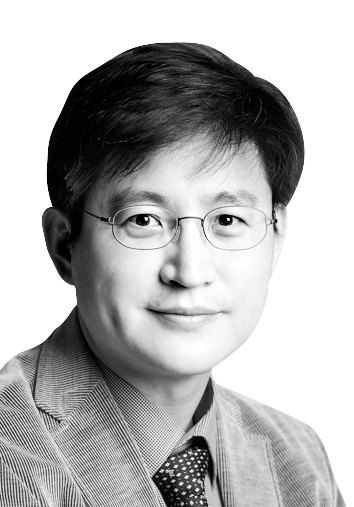 When the coronavirus crisis hit the country, Koreans became concerned about the fiscal health of the government. Since the launch of the liberal Moon Jae-in administration three years ago, Korea’s national debt has been rapidly increasing. The figure swelled to 729 trillion won ($609 billion) in 2019 from 660 trillion in 2017, while the debt to GDP ratio rose to 38.1 percent from 36 percent during the same period. Three supplementary budgets on top of this year’s super-sized budget of 512 trillion deepen their worries as national debt soars to 840 trillion won and the debt-to-GDP ratio surged to a whopping 43.7 percent. The government itself expects the ratio to climb to 51.7 percent by 2023.

The snowballing national debt is more the result of the government’s hefty spending, not of the people. And yet the public worries about the fiscal soundness of the government due to its growing need to spend more to tackle the challenges from Covid-19. They even raise the need for the government to raise tax revenue to fight the monster. The government must thank them.

But I oppose the idea of raising taxes. First, if the government wants to raise taxes, it must first do its best to save revenues. But the Moon administration avoided it — except a vain promise to readjust its existing spending plans. The government’s expenditures have been rising rapidly — a 7.1 percentage increase in 2018 from the previous year and a 9.5 percentage hike from a year before. The government doesn’t care for the efficiency and profits of the public corporations, either. For instance, the Korea Electric Power Corporation received a “good” grade for its poor performance — over a 2-trillion-won loss last year — thanks to its over-the-top loyalty to the government’s crusade for a nuclear phase-out.

Populism was in full swing when the government hurriedly handed out emergency relief grants to all Koreans. Despite the finance minister’s plea for handouts to the socially weak, lawmakers of the ruling party pressed ahead with the universal payout to win in the April 15 parliamentary elections. The relief grants eventually were distributed to the middle class and the rich, too. As a result, about 5 trillion won had to be spent additionally.

Second, it involves the “direction” of taxation. The Moon administration would not accept universal taxation. Instead, it likes to divide the rich and the poor. Following an earlier decision to raise corporate tax and a tax rate for top income class, the government continues ratcheting up taxes on multiple home owners and the property tax. It would not even think of expanding tax base, or raising the 10-percent value added tax.

A debate on tax increase will most likely focus on the wealthy. However, imposing more tax on the rich only backfires as it will lower our economic vitality and trigger capital flight. Korea is already among countries with low tax competitiveness around the world. If the tax increase is confined to the rich, it is better not to raise it.

Third, the timing is not good. It does not make sense for the government to raise taxes while accentuating a recession even worse than the Great Depression. If it does, it will only dampen consumption and investment. A government usually cuts taxes during a recession to boost consumption — and raises taxes during a boom to prevent the economy from being overheated. Because a tax hike in a Covid-19-triggered recession surely goes in the opposite direction, the government must not raise taxes.

Fiscal input is needed to some extent to deal with the economic crisis from Covid-19. The problem is how to fund it. The government desires to issue national bonds to tackle the challenges.

But now is not good timing. The public has not heard anything about the government’s plan to save taxes and reduce national debt. A debate on a tax increase is possible only after the government comes up with the plan. How about enacting a bill mandating the government automatically suspend implementing President Moon’s campaign promises or drastically cut paychecks for government ministers and lawmakers?

Without such a strong determination from the government and ruling party, would the public be willing to pay more tax?