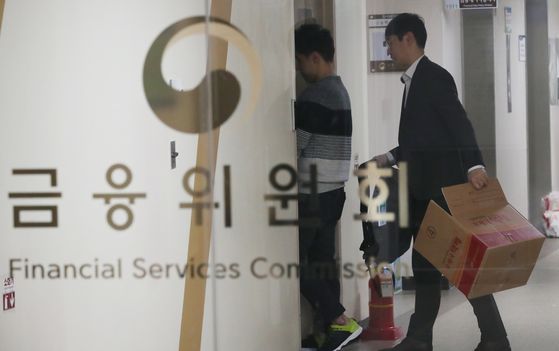 
The financial companies that sold a dud Lime Asset Management fund to unsuspecting investors are on the hook for 100 percent of the losses, the Financial Supervisory Service (FSS) advised.

It is an unprecedented move by the regulator.

The Financial Disputes Settlement Committee under the FSS said Wednesday that it advises that the investment contracts for Lime's Pluto TF-1 fund be canceled and that the principal be returned by the sellers of the fund to the investors. It said in its ruling that the asset manager had manipulated key information and that the sellers of the funds were aware of the problems with the fund but continued to market it.

The ruling involved four test cases but could be applicable to all investors.

The Pluto TF-1 fund is one of the four suspended funds of Lime Asset Management, where 1.6 trillion won ($1.3 billion) worth of investor money is currently frozen. The fund, which was started in 2017, invests in other funds, one of which was an International Investment Group (IIG) product. New York-based IIG had its license revoked last year by the U.S. Securities and Exchange Commission, which alleged that the company was a Ponzi scheme.

Of the 1.6 trillion won suspended at Lime, 244 billion won is invested in Pluto TF-1.

The regulator said Wednesday that it found solid proof of “mistakes” made by Lime and the four financial groups in the selling of the Pluto TF-1 fund since November 2018. Of the 244 billion won invested in Pluto TF-1, it found issues with 161.1 billion won.

The committee selected four cases — three complaints submitted by individual investors and one by an institution — out of 72 complaints submitted to the FSS in relation to the Pluto TF-1 fund. Each case is linked to one of the sellers: Woori Bank, Hana Bank, Shinhan Investment and Mirae Asset Daewoo.

The committee found that when the institutions sold the fund to the investors, the principal was already 98 percent impaired at the maximum. Lime manipulated 11 types of data which have a direct relation to investment decisions, such as the past performance and future expected performance of the fund.

Shinhan Investment acknowledged that IIG was not submitting the required standard price assessments from June 2018, and lied to its clients, saying that IIG's value was increasing of 0.45 percent a month through the end of 2018. Lime transmitted these numbers and published them in its investment proposals, and the sellers did not correct the misleading figures, according to the FSS.

Brokers also falsely categorized greenhorn investors as “aggressive investors” to justify the sale of the high-risk funds and falsely informed the investors that the Pluto TF-1 fund will only invest in trade finance funds protected by insurance programs. It turned out that only 50 percent of the funds invested through Pluto TF-1 were insured.

Once the regulator notifies the banks of the committee’s decision, the financial institutions have 20 days to either accept the proposal or reject it. If accepted, the four cases will establish a basis for the rest of the investors to be compensated. If rejected, the case is highly likely to go to court.

Woori Bank and Hana Bank said they will discuss the matter internally to decide whether to accept the proposal by the committee once it gets delivered.

“The proposal should be talked over by the financial institution's board,” said Kim Chul-woong, who is in charge of financial disputes mediation team at the FSS.