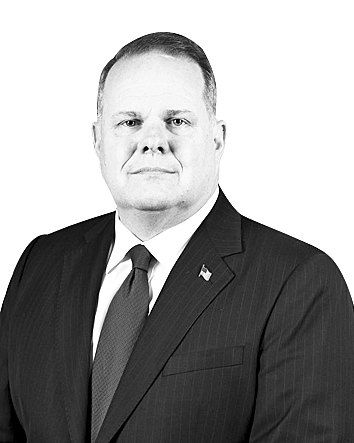 Heino Klinck
The author is Deputy Assistant Secretary of Defense for East Asia in the U.S. Department of Defense. Anthony Holmes, a senior advisor for Korea for the U.S. Defense Department, contributed to this piece.

The Korean War Memorial in Washington, D.C. has a moving dedication. “Our nation honors her sons and daughters who answered the call to defend a country they never knew and a people they never met,” reads a plaque at the monument. Seventy years ago, most Americans were unfamiliar with the Republic of Korea (ROK), or South Korea, and probably could not even find it on a map.

Today, Americans know Korea well. Whether it’s because of the ubiquity of Korean products on our roads or in our homes; a Korean Best Picture Academy Award winner; American graduates teaching English in Korea; or the fact that over 3.3 million active duty U.S. service members have served in Korea since the end of the war (in addition to the 1.5 million Americans who served on the peninsula during the war); American ties to Korea over the past 70 years have grown far, wide, and deep.

Seventy years ago, on June 25, 1950, we stood shoulder-to-shoulder against the overwhelming onslaught of North Korean invaders in what was at the time the greatest challenge to the post-World War II international order. Despite the eventual intervention and heavy assaults of Chinese ground forces on behalf of the collapsing North Korean army, the United States, Republic of Korea, and the United Nations forces fought valiantly and turned the tide.

After an Armistice that stopped the bloodshed, together we established the U.S.-ROK Mutual Defense Treaty and continue to maintain peace on the Korean Peninsula while working toward a free and open Indo-Pacific.

We still stand together today. Domestically, as both of our societies and economies advanced, the last 70 years have witnessed historic growth in personal freedoms and standards of living that underscore our shared and enduring values. The towering skylines of Seoul and Busan, Korea’s vibrant civic life and world-renowned culture are emblematic of the past seven decades of cooperation, hard work, and friendship embodied by the U.S.-ROK relationship. 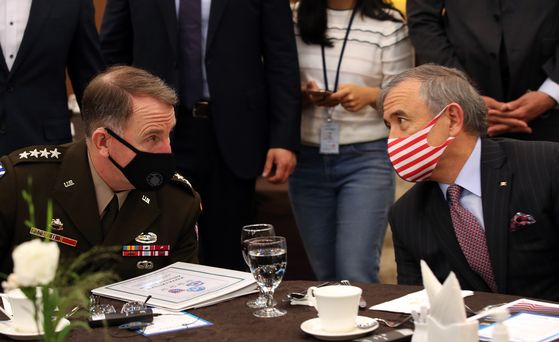 Even with the expansion of ties across all elements of American and Korean society, the bedrock of our relationship remains the U.S.-ROK Alliance, forged in blood and bonded in friendship. Our military alliance is one of the best, most combined, interoperable, and dynamic in the world. And rightly so because it faces the world’s fourth largest military along the world’s most heavily militarized and tense border.

The United States has worked with our South Korean ally to decrease tensions, as shown through the United Nations Command’s efforts to support the Comprehensive Military Agreement and our Alliance decision to modify exercises to support diplomacy.

As the U.S.-ROK Alliance continues to evolve, our relationship with North Korea remains frozen in the past. The United States has offered its hand to North Korea to realize a brighter future: a once-in-a-generation opportunity for Pyongyang to access the international system and allow its people to prosper economically. We continue to urge North Korea to return to negotiations so that we can have the difficult, but necessary, discussions to achieve a final, fully-verified denuclearization.

The U.S.-ROK Alliance has stood the test of time and will continue to do so. As we look toward the future, we should reflect on our shared history and the firm foundation of shared values and interests that bind us together. Korea is truly an equal partner with the United States in the preservation of peace on the Korean Peninsula. Equal partners should have equal roles as well as accept equal responsibilities and costs. In fact, one without the other is mutually exclusive particularly in an Alliance.

The future will undoubtedly present new challenges and threats to the Alliance, whether they be military, political, or ideological. Just as we worked through them in the past, we must continuously strive together to ensure the Alliance retains its vitality and relevance to our shared values and common interests.

The Korean War was costly for all involved, but few sacrifices have been so worth the cost. As I hear routinely from Korean War veterans and service members who have served in Korea, all are proud to have helped create and sustain the dynamic and democratic “Miracle on the Han.” We are grateful to call the Republic of Korea one of our closest allies, friends, and steadfast partners — or as the Korean proverb goes, mak-yeok-ji-woo, meaning “the good old friend” — in the past, present, and future.