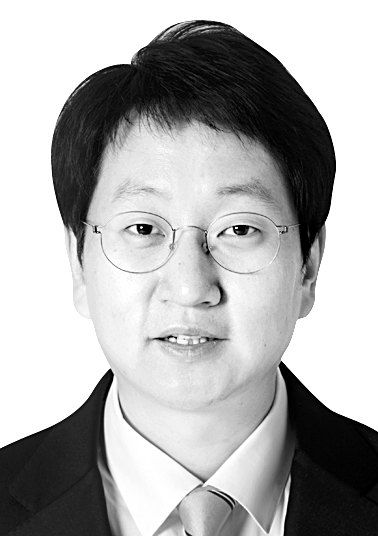 
Thanks to the deep-rooted cramming methods common in Korea, I have vague memory of a European named Montaigne who published a book titled, “Essays,” and it is the only thing I knew about him and the book. Because of the New York Times column “Montaigne fled the plague, and found himself” in the June 29 issue, I dug up the writer and the book from the depths of my memory.

Robert Zaretsky, a professor at the University of Houston, wrote that Michel Eyquem de Montaigne fled to the countryside with his family before he completed his tenure as the mayor of Bordeaux, France, when the black death spread. He explained that one of the reasons for fleeing was not to get involved in a religious conflict.

Montaigne wandered around for two years from 1585 and wrote the third volume of Essays and edited two previously published volumes. The plague killed 14,000 people in Bordeaux, one third of its population. France was in a conflict between the Calvinists and the Catholics. It was a war of beliefs and a contest for political hegemony. Montaigne was a Catholic, and according to records, played the role of mediator in the conflict.

“Essays” reflects his insight into the futility of the devastated world. The introduction ends, “Thus, reader, I myself am the matter of my book: there’s no reason thou should employ thy leisure about so frivolous and vain a subject. Therefore, farewell.”

Having lived through the times of the epidemic and hegemony contest, Montaigne left a “mental prescription” for today’s readers. “I am clearly for the first humor: not because it is more pleasant to laugh than to weep, but because it expresses more contempt and condemnation than the other.

“Thus Diogenes, who wandered about on his own, rolling his barrel and turning up his nose at Alexander, and who thought we were flies or bladders full of wind, was a sharper and more severe judge - and consequently to my mind more just- than Timon, who was dubbed a misanthrope.”

Doesn’t he sound like he is addressing the people who get angry or deplore over news today?

To the people who confuse the world with vague arguments, he derided that it was impossible to have a faithful debate with a fool, and when caught by someone who pushed their own views, not only his judgment but also his conscience becomes rotten. He claimed that in the Republic, Plato banned foolish people born with incompetent traits from getting rhetorical training.

This is how he proposes to have a mental victory and get over the painful times. The wise learn more from the fools than the fools learn from the wise. An old musician had his students listen to a bad performance to train them how to distinguish incongruity and incorrect rhythms.

“We need not harden our courage with these arms of steel; ‘tis enough that our shoulders are inured to them: ‘tis enough to dip our pens in ink without dipping them in blood.”

The endless epidemic is combined with the violence of the large majority party in the National Assembly, which I thought was a legacy of the backward past. People around me complain they cannot control depression and anger.

French writer Jacques Attali warned that modern people who chase instant pleasure would die while laughing, but many people in Korea complain they are too angry to live.

I want to give them Montaigne’s prescription from 500 years ago.