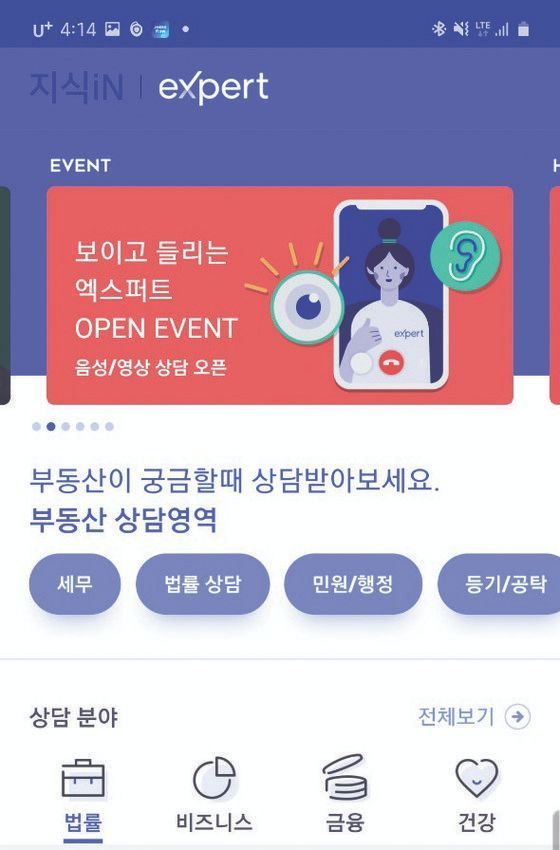 
Naver has been accused of violating the Attorney-at-Law Act.

Since March, Naver has been collecting commission fees from people for linking them with lawyers registered on its Q. and A. platform Jisik iN. Naver added a new category to its service that matches clients with lawyers so that they can receive legal counseling.

As of July 2, about 150 lawyers have registered on Jisik iN. An average of 1,000 counseling requests are placed daily, equivalent to each lawyer receiving six cases per day.

Naver charges a 5.5 percent commission fee to the lawyers.

Under the law, the government prohibits “receiving or demanding money, valuables, entertainment or other benefits after introducing, referring or enticing a party to a case.”

Kim argues that Naver’s 5.5 percent commission fee is essentially an act of “demanding money after introducing a party to a case,” which the law prohibits.

“Other online platforms require lawyers to pay advertising expenses but never charge them commission fees,” Kim said. “I filed a complaint because I doubt whether Naver’s policy is reasonable.”

Naver’s Jisik iN targets people who may not know much about the legal system.

Clients can receive legal counseling by paying a certain amount of money. Costs are different depending on the type of work and lawyers involved. If both sides reach an agreement, the lawyer can take on the case. After receiving the consultation, clients can evaluate lawyers through written reviews and star ratings.

Since the law school system was introduced as an alternative to the national bar exam, there are nearly 30,000 active lawyers in Korea. Lawyers have no proper means to advertise themselves unless they represent major law firms or appear on popular television shows. Naver's service offers a chance for lawyers to find customers.

Naver denies it has done anything illegal.

“The company requests the commission fees as the cost of providing a service,” an employee from Naver said. “The price was set on the same level of other services that Naver provides. [Our legal counseling service] is not likely to be considered one of the ‘benefits’ the law specifies.”

Lawyers have conflicting opinions on the service as well.

“Once the Naver online legal counseling is officially approved, competition among lawyers will intensify, leading to a future where lawyers only focus on advertising themselves and not on [what's right for the case],” one lawyer who wished to remain anonymous said. “[The situation] is okay for now, but it will not end here.”

“If we apply laws that were made before the internet was invented in the era of the fourth industrial revolution, clients and lawyers will be the major victims,” said Na.

According to the Seoul Bar Association, the illegality of the service is currently under discussion.