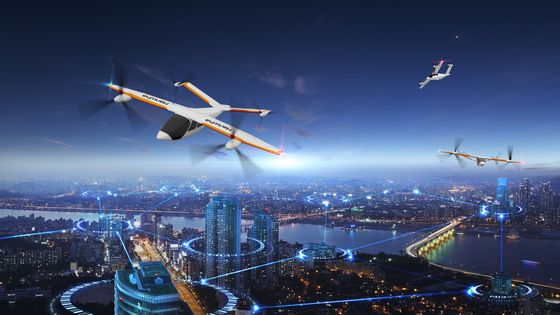 
Hanwha Systems is working with Korea Airports Corporation (KAC) on the development of air taxis and their infrastructure.


The defense contractor will be developing the airframes for the flying vehicles as well as the avionics technology for the infrastructure, which will be built by KAC.

KAC manages and operates 14 airports throughout the country. In addition to building landing pads for the air taxis, it will also develop a business model for the air taxi business.

Hanwha Systems has an aerospace division, which builds and services jet engines, as well as an unmanned robot systems division. Late last year, the company invested $25 million in Santa Ana, California-based Overair, giving it a 30 percent stake in the company, which is developing the Butterfly quad-tilt-rotor flying vehicle. The Butterfly is being built to standards developed by Uber.

Air taxis are commercial aircraft that can transport individual passengers for short distances on demand. The Korean government plans to begin the commercialization of air taxi services in 2025, linking city centers with the suburbs using flying vehicles.

Hanwha Systems and KAC plan to complete the development of urban air mobility infrastructure before 2025.

The company “plans to build a successful business model of standardized urban air mobility based on the technologies owned by Hanwha Systems and the operational abilities, and KAC’s knowledge built on the construction and the operation of 14 airports nationwide,” said Kim.

Glimpse of the future