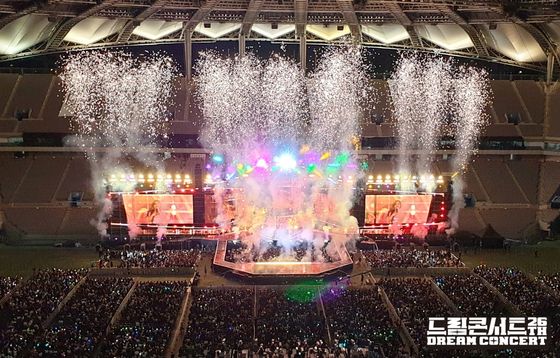 The 26th "Dream Concert," annually organized by Korea Entertainment Producer's Association (KEPA), is to be hosted virtually from July 25 to 26 this year. [KEPA]


One of the biggest annual K-pop festivals, “Dream Concert,” organized by the Korea Entertainment Producer’s Association (KEPA), will be held virtually from July 25 to 26 this year.

The 26th K-pop event titled “Connect:D,” can be livestreamed via the YouTube channel “The K-POP” at 9 p.m. over the weekend.

The association has gathered a star-studded lineup annually since 1995, but this year decided to make an exception and host the event online due to the risk of Covid-19.

“We have organized this year’s event for the singers to send out messages of hope and courage to their fans,” KEPA said in an official statement. The association stated that the concert will be a “virtual world tour” and is planning to use the latest technologies such as augmented reality and virtual reality to make up for the event being held online.