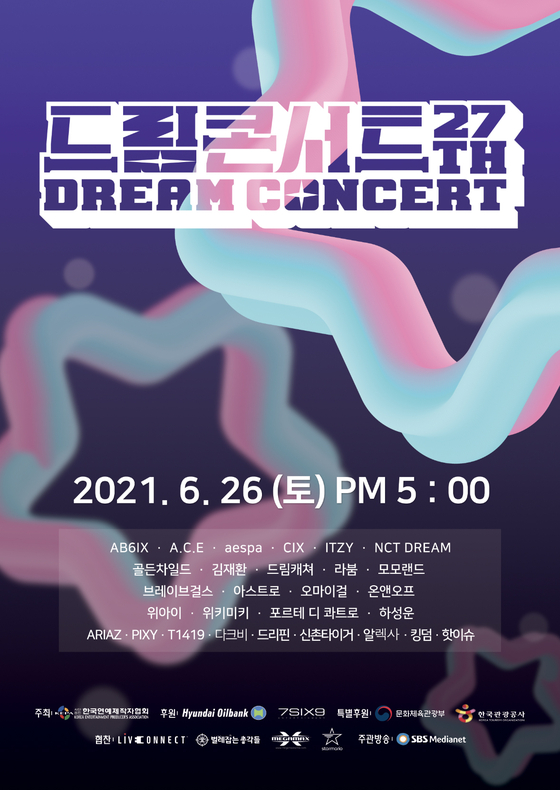 Poster for the "27th Dream Concert," which will be held on June 26. [KOREA ENTERTAINMENT PRODUCER'S ASSOCIATION]

First held in 1995, the annual “Dream Concert” is one of Korea’s largest joint K-pop concerts. A total of 531 K-pop acts have performed in the concert that has garnered over 1.5 million audience members.

The concert will be streamed online due to the Covid-19 pandemic, exclusively on the streaming platform Live Connect.

Online streaming tickets are available on the Interpark Ticket website.