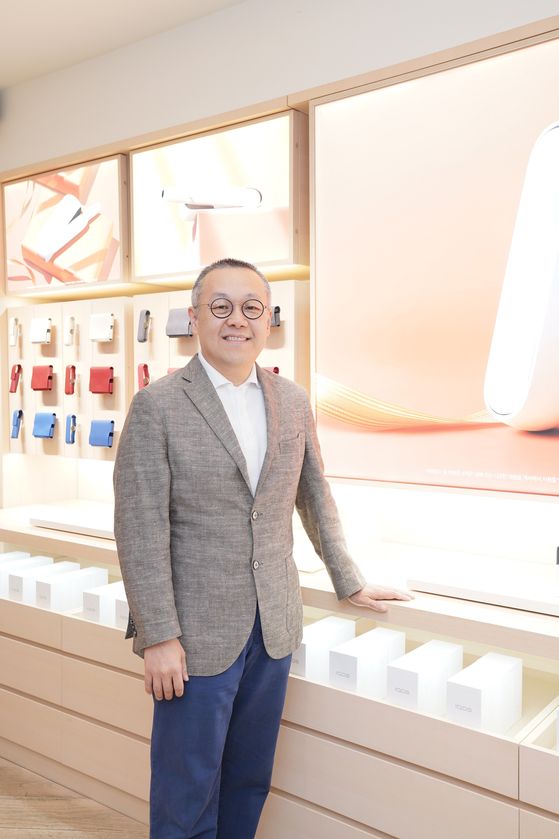 
Paik said the company will continue to focus the majority of its resources on its IQOS heat-not-burn technology and Heets, the sticks used in its IQOS devices.

“Philip Morris International has invested more than 8 trillion won ($6.7 billion) in heat-not-burn products for the past 10 years, and as a result, IQOS has been launched in 53 countries around the world,” said Paik during an online press event held on Tuesday. “Our company’s vision is to ultimately replace conventional cigarettes with smoke-free tobacco products.”

Paik, who previously served as country managing director of Blizzard Entertainment Korea, was appointed in March. It was his first meeting with the press since the appointment.

Paik said global shipments of Heets increased in the first quarter this year by 45 percent from the same period last year, and Philip Morris Korea has prepared for the demand by investing 300 billion won in the Yangsan, South Gyeongsang, factory. It is the only Heets manufacturing facility in the Asia Pacific region.

Paik noted the importance of creating a differentiated regulatory environment based on science. He implied the government needs to come up with regulations “based on science instead of ideology” to foster constructive discussions.

Paik implied the government is promoting the health concerns of heat-not-burn cigarettes without verified proof.

In 2018, the Ministry of Food and Drug Safety announced heat-not-burn cigarettes produced more tar than some ordinary cigarettes. Tar collectively refers to substances produced during combustion, except for water and nicotine. It contains cancer-causing chemicals found in tobacco smoke.

Philip Morris Korea says that isn't true, and took the issue to court, where the ruling was partially in favor of the tobacco maker.

Sales of heat-not-burn e-cigarettes in the first quarter in Korea declined 11 percent compared to the same quarter a year ago. During the same period, sales of ordinary cigarettes rose 8.7 percent, according to data provided by research firm Hankook Research.

The on-year growth rate of heat-not-burn e-cigarettes shrunk to 9 percent last year, compared to 340 percent in 2018.

“We think the participation of other companies in the heat-not-burn [cigarette market] will advance the fulfillment of our vision of a smoke-free future,” added Park.