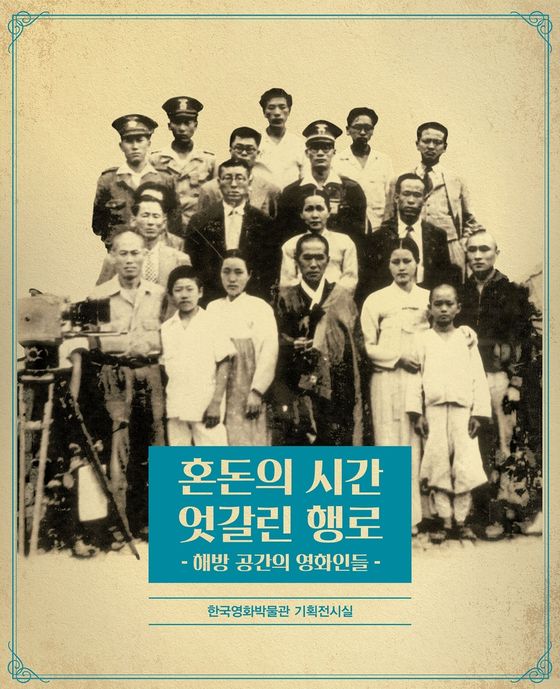 A poster for a special online exhibition "Chaotic Time, Divided Paths: Filmmakers of a Liberated Land" organized by the Korean Film Archive. The exhibition is currently available on the archive's website. [KOREAN FILM ARCHIVE]

To mark the 70th anniversary of the Korean War (1950-53), the exhibition focuses on local cinematic figures who were active in the film industry in Korea from 1945 to 1950.

Divided into three sections, viewers can see about 50 rare pieces of video footage, literary works, magazines, flyers and posters which were produced and published during the period. The exhibition also introduces important cinematic figures who contributed to establishing the local film industry and what happened to them after the war and division of the peninsula.

The exhibition was originally scheduled to open in early June, but due to Covid-19 the building currently remains closed. Rather than waiting for the building to reopen, the exhibition was transferred online. Those who wish to view it can do so on the Korean Film Archive website (www.koreafilm.or.kr).